/EIN News/ — NEWTON, Ill., Dec. 03, 2018 (GLOBE NEWSWIRE) — With thousands of miles of high-voltage lines, Ameren Corp. wanted a better and safer way to monitor its assets spread over rural territories beyond manual or helicopter inspections. The St. Louis-based energy company worked with Black & Veatch and Collins Aerospace to identify a solution: Beyond Visual Line of Sight (BVLOS) drone flights. The team now has proven they can inspect more miles of transmission lines faster and safer than ever envisioned.

On Nov. 8, the team was able to utilize a BVLOS drone on a non-stop, 60-mile flight to inspect transmission lines. The successful flight demonstrated the maturing technology’s promise of more efficient monitoring of expansive utility assets, especially in remote rural stretches.

In 2017, a BVLOS drone was used to inspect nearly 10 miles of Ameren’s power lines near Newton, Illinois. The 2018 flight, featuring a special use vertical take-off and landing drone, went six times the distance of last year’s flight. This long-range achievement underscores the revolutionary potential of drones in ensuring a resilient power supply, using an eye in the sky and imaging data captured by laser-based profiling called Light Detection and Ranging (LiDAR).

"At Ameren, innovation is at the core of all we do, and the solutions we incorporate today, such as Beyond Visual Line of Sight drones, will enable us to continue to deliver safe, reliable and affordable energy to our customers tomorrow and for generations to come," said James Pierce, BVLOS program manager and lead of Ameren’s Central Unmanned Aircraft System (UAS) Department. "We are pleased with the outcome of this 60-mile flight, which demonstrates our commitment to identifying advancements in drone technology to increase reliability and customer satisfaction. Ultimately, the successful deployment of BVLOS drones could revolutionize how Ameren assesses and evaluates the condition of our systems."

This ultimately will lead to increased customer satisfaction. “Our Control and Non-Payload Communications (CNPC) command and control radio network, along with our WebUAS℠ operations management service, were key to obtaining the airspace authorizations and ensuring technical success of the project – along with the efforts of our superb team of collaborators that included the University of Iowa Operator Performance Laboratory, Northern Plains UAS Test Range, Near Earth Autonomy, Latitude Engineering and pdvWireless,” said Boe Svatek, principal program manager, UAS Strategic Programs for Collins Aerospace.

Ameren’s achievement, the second and final phase of the pilotless project by the three companies, comes at an evolving time for UAVs and Federal Aviation Administration (FAA) governance. Today the FAA prohibits the use of drones beyond an operator’s sight and under other specific circumstances. Black & Veatch and Collins Aerospace obtained an FAA waiver for the recent test given their considerable expertise with drones and history of exemplary stewardship of airspace.

“This project is a further confirmation that unmanned aerial vehicles can move utilities beyond reactive maintenance by quickly and safely acquiring condition and performance data about their assets, which will lead to improved operations and longer asset life,” said Jamare Bates, an FAA-certified remote unmanned aircraft systems pilot who heads UAS operations at Black & Veatch. “We can speed inspection time, reduce inspection costs and accelerate the integration of analyzed data into a client’s enterprise asset management (EAM) system, for improved decision making.”

Other collaborators on the trailblazing Ameren flight included:

About Collins Aerospace
Collins Aerospace, a unit of United Technologies Corp. (NYSE: UTX), is a leader in technologically advanced and intelligent solutions for the global aerospace and defense industry. Created in 2018 by bringing together UTC Aerospace Systems and Rockwell Collins, Collins Aerospace has the capabilities, comprehensive portfolio and expertise to solve customers’ toughest challenges and to meet the demands of a rapidly evolving global market. For more information, visit CollinsAerospace.com.

About Black & Veatch
Black & Veatch is an employee-owned, global leader in building critical human infrastructure in Energy, Water, Telecommunications and Government Services. Since 1915, we have helped our clients improve the lives of people in over 100 countries through consulting, engineering, construction, operations and program management. Our revenues in 2017 were US$3.4 billion. Follow us on www.bv.com and in social media. 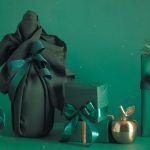