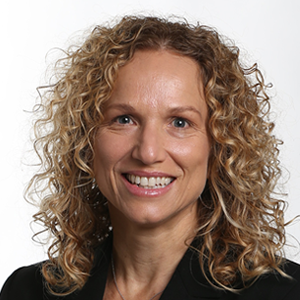 ANTI-DRONE technology is being installed at WA prisons to stop drugs being air-dropped into jails.

The measure is part of a new security blitz by the State Government to stamp out the increasingly sophisticated ways contraband is being smuggled behind bars.

While exact details are being kept secret, it’s understood the system is able to “detect drone intrusions” at a prison’s perimeter.

“Corrective Services is assessing innovative technologies including sensors, radars and signal-jamming devices, that can prevent drones from smuggling contraband into prisons.”

The Sunday Times this week visited Hakea Prison to see first-hand the contraband crackdown ahead of the release of a new drug and alcohol prison strategy.

For the first time, the wastewater of inmates at the minimum to maximum security jail in Canning Vale is being tested to detect drug use trends over time.

It follows a trial at Pardelup Prison Farm in December 2017.

The sewage testing will eventually be capable of detecting drug use to within individual units that house about 100 prisoners each.

“To date, waste water samples at all of the State’s prisons and Banksia Hill Juvenile Detention Centre have been collected,” Mr Logan said.

“The current sample collection process detects the presence of drugs, including drugs not normally found by traditional collection methods such as urinalysis.”

Hakea Prison and other facilities are also cracking down on the flow of drugs entering prison from visitors and staff.

Illicit and high-grade pharmaceutical drugs, as well as syringes and other equipment have been found in 80 per cent of cars searched during unscheduled inspections at Hakea and other sites.

Corrective Services Commissioner Tony Hassall said visitors caught sneaking drugs into jails would be prosecuted, as well as banned from any future visits.

“If you think you’re helping your partner or loved one, you’re not,” he said.

Corrective Services Minister Fran Logan said the new “stings” would not only deter smuggling attempts but also put a serious dent in the supply of illicit drugs into prisons and bump up annual seizures.

In 2017-18, the drug detection unit undertook 3013 searches of visitors, prisoners, staff and prison grounds, resulting in 65 seizures of illegal or prohibited drugs.

In addition to extra sniffer dogs and inspection personnel, Hakea has also installed a new electronic drug-screening machine that uses oral, sweat and substance samples to detect more than a dozen drug types. This includes synthetic drugs that standard urine tests are unable to detect.

Surveillance of the visitor area has been enhanced, with camera zoom capabilities increasing detection of smuggling.

Mr Logan said cracking down on smuggling by prison officers was an important element of the new strategy after a CCC report in June lambasted guards.

The report found there were “multiple instances” of custodial officers associating with criminals and members of crime gangs, using prohibited drugs, smuggling illicit drugs into prison and taking bribes.

“I’m concerned that (initial training) is not followed up and that we don’t have continuous reminders that they work in a very difficult situation with people who are manipulative, some people who are sociopathic who will go out of their way to do all sorts of things to groom officers for whatever benefit they might see,” he said. “I am seeking an anti-grooming strategy from the department and to ensure there is continual reinforcement with our prison officers of the likelihood they will be groomed.

“Prison officers always have to be aware that it’s important to build relations with prisoners for the purpose of rehabilitation but they have to be careful that they don’t get sucked into what they’re seeking and the risks of being groomed.”

On Friday, another CCC report criticised lax methods of searches and detection.

Department of Justice director-general Dr Adam Tomison said the report showed improvements were being made, “but we have to get ourselves into a better place in regards to professional standards”.

Sibling rivalryMeghan’s sister back on the attack

Remembering RiverPhoenix’s ex reveals all about night he died

Don’t drone on about jailUncategorized 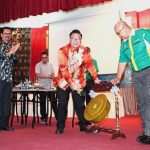