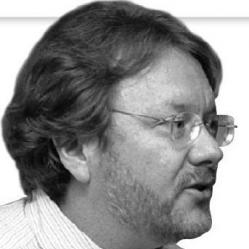 China makes lots of weapons that few countries want to buy. This is because most Chinese arms are humdrum and hardly cutting-edge. But there are exceptions.

Increasingly, among the most important of these are armed drones, sometimes called unmanned combat aerial vehicles, or UCAVs. More important, Chinese UCAVs are being used regularly in combat, most recently in Yemen, when a Chinese drone operated by United Arab Emirates forces fired a missile at a sport utility vehicle, destroying it and the Houthi rebel leader it was transporting.

The dailyReport Must-reads from across Asia – directly to your inbox

The rise of the armed drone

Drones have several roles and missions, usually those deemed too “dull, dirty, or dangerous” for manned missions. Originally, they were used for surveillance and reconnaissance over enemy territory. Today, aerial drones are also employed as communications relays, or for laser-targeting or even electronic warfare (jamming).

But it is the armed drone, usually outfitted with a precision-guided air-to-ground munition (such as the laser-guided Hellfire missile), that has really caught the eye of the public – and of militaries. In fact, armed drones are rapidly becoming a critical piece of equipment in many countries’ armed forces, even in many poorer countries. UCAVs are proliferating because they are seen as a very useful (and safe, at least for their operators) weapon for air-to-ground precision strikes, especially over hostile territory.

As a result, armed drones are also becoming a very profitable segment of the global arms business, and one that is likely to grow significantly over the coming decades.

China as a drone exporter

The United States and Israel current dominate the global market for armed drones. Over the past decade, however, China has aggressively entered the drone business, rapidly becoming one of the world’s largest manufacturers of all kinds of unmanned aerial vehicles (UAVs), ranging from the very small (typically hand-held) types, all the way up to very large high-altitude, long-endurance (HALE) drones.

In particular, China has become a significant producer of armed drones, and subsequently a major player when it comes to the global sale and transfer of such UCAVs.

China has so far exported at least two types of armed drones, the Wing Loong (also called the Pterodactyl) and the Caihong. Both bear a striking resemblance to two existing US UCAVs, the MQ-1B Predator and the MQ-9 Reaper. The Predator was originally a surveillance drone, later modified to carry Hellfire laser-guided missiles, while the Reaper was designed and developed to be a dedicated “hunter-killer” drone.

The Wing Loong is roughly the same size as the Predator, about 8.8 meters long, and with a wingspan of 13.7 meters. It carries a much smaller payload, however, about 100 kilograms, compared with the Predator’s 500kg.

The Caihong (Rainbow) drone is more or less a clone of the MQ-9 Reaper. There is also a larger version of the Caihong drone, designated the CH-5, being readied for the export market. The CH-5 has a wingspan of 20 meters and a takeoff weight of about 3 tons. It can carry a maximum payload of around 900kg – about two and a half times that of the previous UCAVs in the Caihong series. Moreover, it has an endurance of 60 hours, giving it a 6,500-kilometer range.

According to Chinese sources, Beijing sold more than US$700 million worth of armed drones to militaries in the Middle East, Asia and Africa. Egypt, Indonesia, Iraq, Jordan, Kazakhstan, Myanmar, Nigeria, Pakistan, Saudi Arabia, Turkmenistan and the UAE have all been customers for Chinese UCAVs.

China is also one of the few countries other than the United States and Israel whose UCAVs have actually been used in combat, greatly boosting the reputation of these weapons. In addition to the UAE drone attack in Yemen, the Iraqi military has used a Chinese-built Caihong drone to attack an Islamic State (ISIS) target, while Nigeria has employed Chinese UCAVs against the Boko Haram Islamic extremist group.

Moreover, when it comes to exporting drones, China has two great advantages over its rivals. In the first place, Chinese UCAVs are comparatively cheap; a Wing Loong drone costs around $1 million, which is about one-fourth the cost of a Predator.

Second, China is prepared to export armed drones to countries that other drone-manufacturing countries such as the US or Israel might be loath to sell to. In particular, Washington has been reluctant to transfer armed drones to Jordan or the UAE, particularly as drones have been used to kill thousands of people, many of them civilians, in Yemen.

Further helping the Chinese is the fact that the market for armed drones is new and therefore relatively open. This has provided China with a unique opportunity to get into this business on the ground floor.

Chinese UCAVs, while perhaps not as capable or as high-grade as their competitors, are nonetheless filling a critical – and lucrative – market niche. As such, China will only grow as a maker and exporter of all types of drones, including UCAVs.

In sum, armed drones are here to stay, and China has the opportunity to carve out a major chunk of this business. Countries may not be lining up to buy Chinese fighter jets or submarines, but armed drones are a segment where the Chinese could have the three factors – a good-enough product, at a discount price, and no questions asked – in order to seize a significant market share.

Asia Times is not responsible for the opinions, facts or any media content presented by contributors. In case of abuse, click here to report. 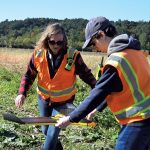 UVM’s Drone Team Charts a Course in Vermont and BeyondUncategorized 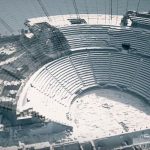