The ASX-listed company hasn’t revealed any details about which company placed the order, other than the fact it’s allied with the US (so presumably this excludes Venezuela).

This will be the first time the DroneGun Tactical (pictured above with Christopher Pyne) will be deployed in South America, although other anti-solutions have been purchased by the Paraguayan government and a mystery government in central America.

Despite the DroneGun Tactical being assigned a NATO Stock Number earlier this month to speed up international procurement processes, the sale to the unnamed South American government still needs regulatory approval from the US, where DroneShield also has operations in the state of Virginia.

The sci-fi-esque DroneGun interrupts signals between drone operators and the device on “a wide range of commonly used drone models”, cutting off video transmissions and causing the drone to either return to its starting point or initiate a controlled descent. 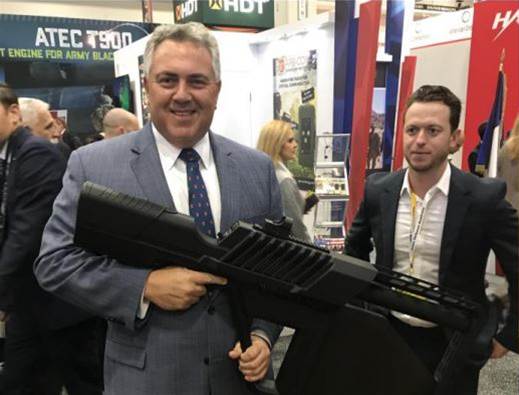 Ambassador to the US Joe Hockey reviewing the DroneGun Tactical. Credit: DroneShield

Anti-drone technology is growing in popularity within Australia, with the Civil Aviation Safety Authority telling Fairfax in December, around the time of the drone sightings in controlled airspace at the UK’s Gatwick Airport, that CASA will begin electronically scanning for serial numbers of drones that breach the 5.5km exclusion zone around airports.

Corrective Services NSW also flagged in November that it’s scanning the market for anti-drone solutions following a government crackdown on the use of drones around prisons, following more than 60 incidents in the last four years.

An easier way for drones to take flightUncategorized 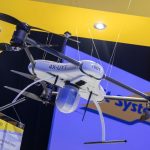