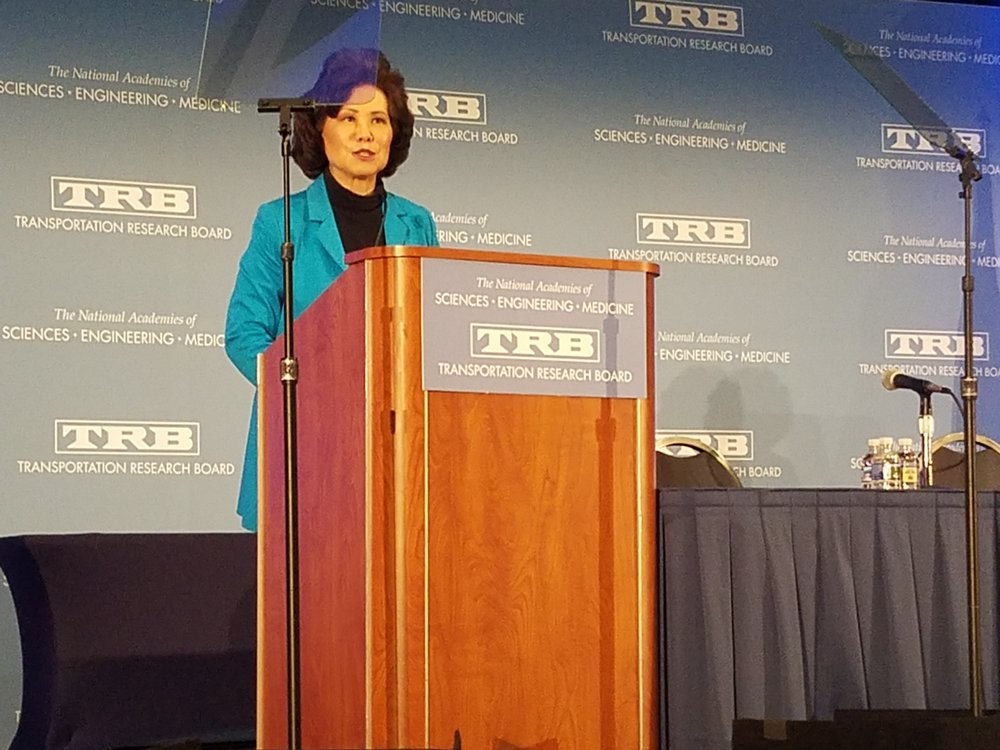 Proposed regulations on the use of drone technology and new guidance on the government's approach to autonomous vehicles were announced today by U.S. Secretary of Transportation Elaine Chao.

Speaking at the Transportation Research Board conference in Washington, D.C., Chao said her department was ready to issue for public comment a proposal to allow drones to fly at night and over the heads of people without a waiver – which is required under current regulations – as long as certain safety conditions are met.

Under the proposed rule, such waivers will not be required "if an operator has received the appropriate training, and approved testing, and can show that the drone has anti-collision lighting," Chao said.

Chao announced two other DOT drone technology-related initiatives: an advanced notice of proposed rulemaking to identify major drone safety and security issues; and the awarding of three contracts to commercial operators to provide flight planning, communications, separation, and weather services for drones that will operate under 400 feet.

DOT used performance-based criteria in the selection process, Chao emphasized, because the department "is not in the business of picking winners and losers, but to encourage the widest development possible of safe new technologies so that consumers can pick those that suit them best."

As of December, there were 1.3 million registered drones and 116,000 drone operators, according to DOT data. The rollout of safety regulations affecting drone technology is being closely watched by trucking and logistics companies that provide last-mile delivery, especially as consumer preferences begin to influence manufacturers and their suppliers.

The need to make drones and their air space safe and secure was highlighted by a recent drone attack at London's Heathrow Airport. "We're keenly aware of the legitimate public concern of safety, security and privacy, and the potential to disrupt commercial aviation," Chao said.

DOT is also updating its approach to regulating autonomous and self-driving vehicles, Chao said, by stressing collaboration and cooperation between manufacturers and consumers.

More than 37,000 people died on roads and highways in 2017, but "the promise of automated vehicles will never be realized if the public does not have confidence in the safety, security, and privacy of their technology," she said.

"Manufacturers and Silicon Valley must step up and help educate consumers about these new technologies. The public may not understand that automated vehicles have to meet the same safety requirements as vehicles driven by a person."

She noted, for example, that unlike aircraft manufacturers, auto makers don't need pre-approval from the government for every part as long as they meet the current safety requirements.

Chao gave an update on DOT's "long overdue" regulatory approach to commercial space launches as well, announcing that the department is on track to publish a complete overhaul of its regulations by February.

"The rulemaking replaces the prescriptive requirements with performance-based criteria," she said, and will consolidate and revise all launch and re-entry licensing activities into a single regulation, "to streamline the process while protecting public safety and national security." 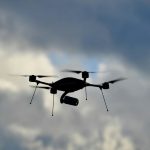