Dubai: High above Yemen's rebel-held city of Hodeida, a drone controlled by Emirati forces hovered as a four-wheel-drive carrying a top Shiite Houthi rebel official turned onto a small street and stopped, waiting for another vehicle in its convoy to catch up.

The drone that fired that missile in April was not one of the many American aircraft that have been buzzing across the skies of Yemen, Iraq and Afghanistan since September 11, 2001. It was Chinese.

Across the Middle East, countries locked out of purchasing US-made drones due to rules over excessive civilian casualties are being wooed by Chinese arms dealers, who are world's main distributor of armed drones.

The sales are helping expand China's influence across a region vital to American security interests, as well as bolstering its ambitions of being a world leader in high-tech arms sales.

"It's a hedging strategy and the Chinese will look to benefit from that," said Douglas Barrie, an airpower specialist at the International Institute for Strategic Studies. "I think the Chinese are far less liable to be swayed by concerns over civilian casualties," he said.

At the start of the year, a satellite passing over southern Saudi Arabia photographed US-made surveillance drones at an airfield, alongside Chinese-manufactured armed ones.

There's a rapid turnaround from delivery to deployment.

Dan Gettinger, Centre for the Study of the Drone

According to the Centre for the Study of the Drone at New York's Bard College, that was the first documented example of the two drone systems being used in the war in Yemen. The country has emerged as a "sort of a testing ground for these strike-capable drones," said Dan Gettinger, the co-director of the centre. "There's a rapid turnaround from delivery to deployment."

US drones were first used in Yemen to kill suspected al-Qaeda militants in 2002.

One of the biggest Chinese exports is the Cai-Hong, or Rainbow, series made by the state-owned China Aerospace Science and Technology Corporation, or CASC, the largest contractor for the Chinese space program.

The technology is good enough to justify the price tag, which might be half or less.

CASC's CH-4 and CH-5 models are on a par with San Diego-based General Atomics' Predator and Reaper drones, and much cheaper. Independent analysts say the Chinese models lag behind their American counterparts but the technology is good enough to justify the price tag, which might be half or less.

A CASC executive, who spoke on condition of anonymity because he was not authorized to talk to journalists, said cutting-edge American models like Boeing's Stingray, introduced this year for the US Navy, still hold a technological advantage.

And while price is an advantage, so too is a more relaxed attitude toward how drones are used, said Ulrike Franke, an expert on drones and policy fellow at the European Council on Foreign Relations.

Since 2014, China has sold more than 30 CH-4's to countries including Saudi Arabia and Iraq in deals worth over $US700 million (nearly $1 billion), according to CASC. Ten countries are currently in negotiations to purchase the CH-4, according to the firm.

"In recent years, all types of drones have proven their value and importance through a high degree of use in warfare, and the military has noticed," said the top CASC executive. "Many countries are now speeding up the development for these weapons systems, including China."

During President Xi Jinping's five years in power, China has stepped up spending on stealth fighters and aircraft carriers for its own military, while boosting sales of advanced equipment such as attack submarines to close allies like Pakistan.

China still lags behind the US, Russia, France, and Germany in total arms sales but it's catching up. Chinese arms exports rose by 38 per cent between 2008-12 and 2013-17, according to the Stockholm International Peace Research Institute, which tracks the global arms trade.

Mounting criticism over the rising civilian death toll in Yemen prompted the US to impose restrictions on drone sales, forcing foreign countries to go through the US government to buy armed drones, including those with laser-guidance systems.

The Washington-based New America Foundation estimates more than 240 drone strikes in Yemen have killed more than 1300 people, including at least 111 civilians.

But with China's drone sales booming, there's growing pressure from American arms makers to remove restrictions to let them catch up.

After some US lawmakers urged President Donald Trump to loosen controls and let General Atomics sell its armed Reapers to Jordan and the UAE, the administration on April 19 permitted US manufacturers to directly market and sell drones, including armed versions.

The US government must still approve and license the sales, which are also contingent on human rights and proliferation reviews and congressional authorisation.

General Atomics did not respond to a request for comment.

China doesn't routinely announce arms sales like the US and others, but a review of drone spottings gives some indication of who its customers are.

In Iraq in October 2015, the country's then-defence minister inspected a CH-4 drone at an air base in the city of Kut.

Chinese armed drones have been operating at Jordan's Zarqa Airport, at an air base in Pakistan and from bases in Egypt in the Sinai Peninsula and near its border with Libya, according to satellite photos analysed by the Centre for the Study of the Drone.

Two CH-4s were spotted by satellite alongside surveillance-only Predators purchased by the UAE at Jizan Regional Airport in southern Saudi Arabia, near the kingdom's border with Yemen, according to the Centre for the Study of the Drone.

And outside of the Middle East, Nigeria has used Chinese armed drones against the Islamic extremist group Boko Haram.

A relationship banned under traditional law.

Our new podcast series from the team behind Phoebe's Fall 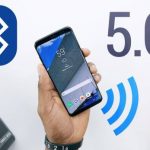