State-owned company plans to test fly CH-7 next year, mass produce it in 2022 for sale abroad 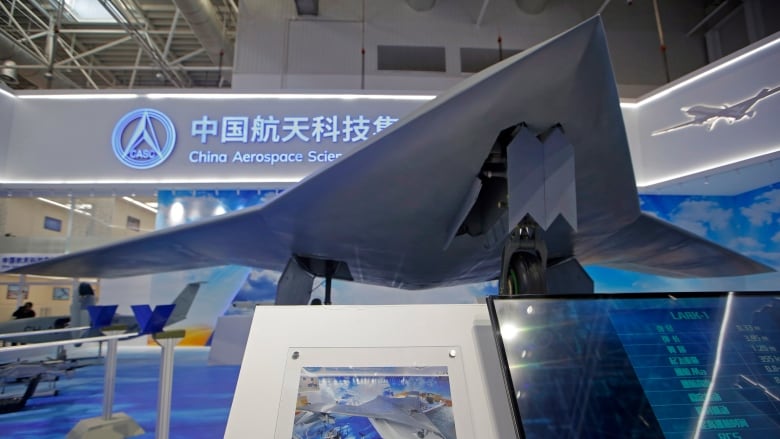 A Chinese state-owned company says it is developing a stealth combat drone in the latest sign of the country's growing aerospace prowess.

The CH-7 unmanned aerial vehicle also underscores China's growing competitiveness in the expanding global market for drones. China has won sales in the Middle East and elsewhere by offering drones at lower prices and without the political conditions attached by the U.S.

The CH-7's chief designer Shi Wen says the aircraft can "fly long hours, scout and strike the target when necessary."

"Very soon, I believe, in the next one to two years, (we) can see the CH-7 flying in the blue skies, gradually being a practical and usable product in the future," Shi told The Associated Press.

Shi said manufacturer Chinese Aerospace Science and Technology Corporation plans to test fly the drone next year and begin mass production by 2022. He said the drone will likely be sold abroad but had no information on potential clients.

A model of the aircraft is being displayed at this week's Zhuhai air show in southern China, a biannual event that showcases China's latest advancements in military and civilian aviation.

With a wingspan of 22 metres (72 feet) and a length of 10 metres (33 feet), the swept-wing CH-7 is the size of a combat aircraft and its single engine can propel it at roughly the speed of a commercial jet airliner. 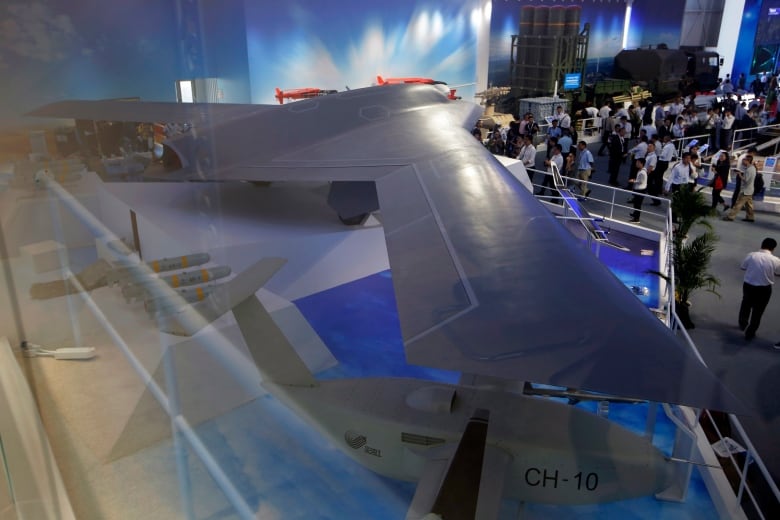 With a wingspan of 22 metres (72 feet) and a length of 10 metres (33 feet), the swept-wing CH-7 is the size of a combat aircraft and its single engine can propel it at roughly the speed of a commercial jet airliner. (Kin Cheung/Associated Press)

The U.S., Russia and France are also developing stealth drones, while Israel has long been a leader in the UAV field.

However, low prices and a willingness to transfer technology have endowed China with a "strong position," in the UAV market, said Phil Finnegan, director of corporate analysis at the Teal Group Corp. in Fairfax, Virginia.

The U.S. has been extremely cautious about selling its higher-end unmanned system, even to NATO member states, opening up an opportunity to China in the export market, said Justin Bronk, an expert on such technologies at the Royal United Services Institute for Defense and Security Studies in London.

"It would represent an area of Chinese arms export offerings which no other country offers," Bronk said.

Alongside its development of stealth fighters and commercial passenger jets, China has advanced rapidly in the development of UAVs, which have a relatively lower technological entry cost. Sales have also been boosted by the fact that China is not a signatory to the Missile Technology Control Regime that restricts exports of missiles and other unmanned weapons systems.

The numbers of drone programs unveiled in China in recent years has been "dizzying," said Sam Roggeveen, director of the international security program at Australia's Lowy Institute. 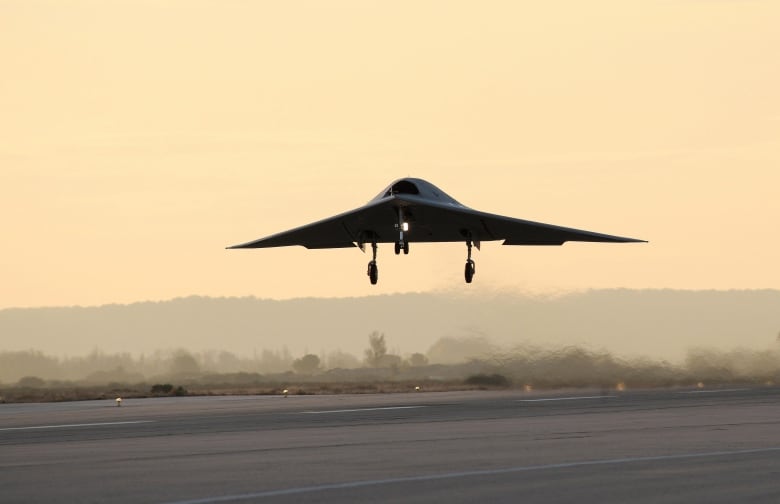 This Dec. 1, 2012 photo provided Monday, Dec. 3, 2012 by Dassault Aviation shows the pan-European stealth combat drone demonstrator Neuron taking off during its first flight in Istres, southern France. The U.S., Russia and France are all developing stealth drones, while Israel has long been a leader in the UAV field. (Remy Michelin/Dassault Aviation/Associated Press)

While the CH-7's ultimate effectiveness remains to be determined, if exported, it would "mark another step-change for China, which has traditionally not offered its cutting-edge technology to foreign customers," Roggeveen said.

Across the Middle East, countries locked out of purchasing U.S.-made drones due to rules over excessive civilian casualties are being wooed by Chinese arms dealers, now the world's main distributor of armed drones.

The sales are helping expand Chinese influence across a region crucial to American security interests and bolstering Beijing's ambitions to lead in high-tech arms sales.

While the U.S. still holds a technology advantage, China wins on price. The fact it is willing to sell the CH-7 abroad could indicate the technology is less than cutting edge, given China's desire to guard its technological edge in such areas, said Ron Huisken, a regional security expert at Australian National University.

China's exports also underscore the growing pervasiveness of drones in modern warfare, even without strong international agreements on where and how they can be used.

"One wonders what nasty surprises are in store as countries [get] more casual about how they use drones and less strict about training standards get their hands on them," said Huisken. 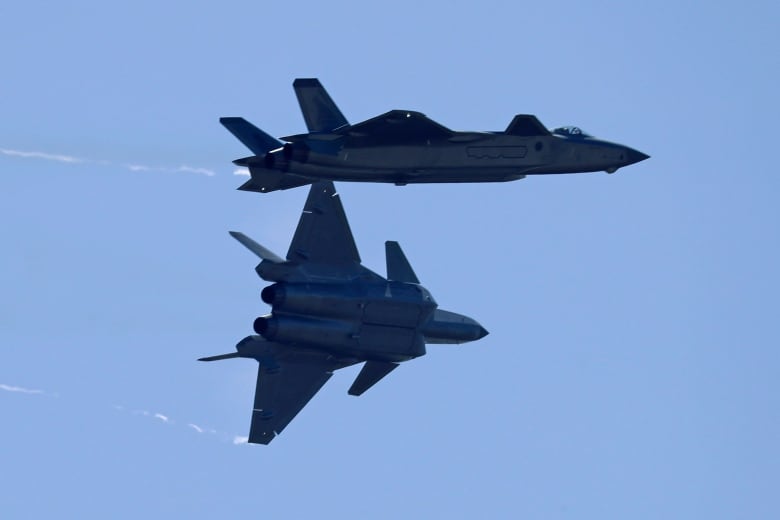 It was joined by the Chinese J-10B fighter with vectoring thrust, featuring an engine equipped with a hinged nozzle. Vectoring thrust technology allows planes to direct their propulsion, giving it more flexibility in maneouvering, and the substitution of Chinese-made WS-10 engines for those imported from Russia appears to mark a new milestone for the domestic defense industry.

The jet fighters on display thrilled spectators. For many, the performances demonstrated China's burgeoning aerospace industry and growing confidence in its technology.

"I think it is pretty awesome," said Xie Dongni, a marketer for an information technology company.

"I might not a plane specialist, but I can feel the way China is changing. It is getting stronger slowly, its international status is growing higher and higher."