The infamous, serial killer-possessed doll Chucky gets a modern upgrade in a new reboot of the 1980s horror classic, “Child’s Play.”

The movie’s first trailer was unveiled Thursday and, from the looks of it, the terror looks a lot more tech-focused this time around. Due out in June, “Child’s Play” stars Aubrey Plaza as Karen Barclay, a single mother who buys her son, Andy (Gabriel Bateman) a smart home device known as a “Buddi doll” named Chucky.

Unfortunately for the mother and son duo, Chucky is far more sinister than he appears ― and with the new contemporary twist, he seems to be able to take control of thermostats, lawn mowers and even drones, making his kills considerably more elaborate.

In a video released last month at the 2019 WonderCon event in Anaheim, California, actor Mark Hamill revealed to fans that he’ll be providing Chucky’s voice in the film.

“I can’t wait to bring such an iconic character to life, and present him in a way you’ve never seen him before,” Hamill, best known for playing Luke Skywalker in the “Star Wars” films, said. “We’re gonna have some fun ― and remember, he’s more than just a friend, he’s your best friend.”

“Child’s Play” follows a number of other horror classics, including “Halloween” and “Pet Sematary,” in getting a 21st-century reimagining. The reboot was produced by Seth Grahame-Smith and David Katzenberg, who also oversaw the 2017 remake of Stephen King’s “It” as well as its forthcoming sequel, due out this summer. 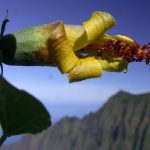 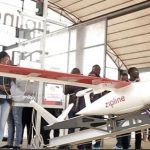 Medical drone delivery service to be launched on April 24Uncategorized