WASHINGTON, D.C. — A March 12, 2019, hearing of the House Subcommittee on Aviation explored what the nation’s aviation system and infrastructure may look like 30 years into the future.

Witnesses representing NASA, aviation and technology companies, and pilots highlighted the need for the United States to remain competitive globally in aviation by ensuring an environment that allows for the development and incorporation of technology safely into the aviation system. Such technologies will attract jobs and provide greater access for communities of all sizes to the rest of the world.

“For the United States to stay a world leader in aviation, and to improve America’s infrastructure across all modes, we have to do a better job of incorporating technology. That is one of my top priorities as Ranking Member of the Committee,” said Transportation and Infrastructure Committee Ranking Member Sam Graves (R-MO). “Today’s witnesses provided some valuable insight about what our future aviation system may look like, and the kinds of jobs it can bring to the United States, if we can foster innovation and ensure developing technologies can be part of the solution to our infrastructure challenges.” 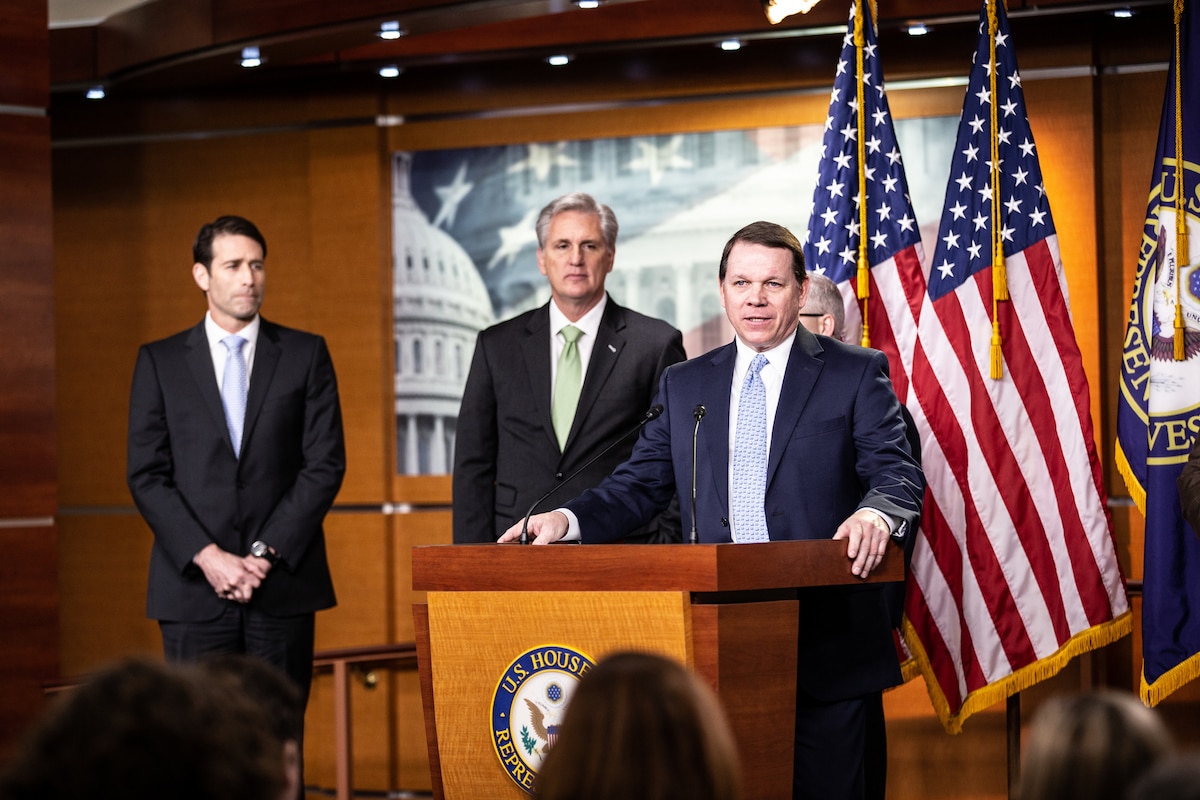 Sam Graves at the podium.

“In many cases, our infrastructure is decades behind where we need to be,” said Aviation Subcommittee Ranking Member Garret Graves (R-LA). “Today’s hearing is about being proactive — having infrastructure, laws, and regulatory structures in place to facilitate rather than stymie innovation. Our witnesses are on the forefront of these next generation technologies — aerial ride sharing for urban transport, new supersonic commercial aircraft to cut flight times in half, the use of drones to help in emergency response and disaster surveys. Forward thinking, private and public sector investments today will mean job creation and economic growth tomorrow and will help ensure America’s global leadership in the skies.”

Witnesses at the hearing discussed developing and expected technologies that could play a significant role in the future of the aviation system. They highlighted the industry’s increasing competitiveness around the globe, the importance of America remaining at the forefront in order to attract new jobs, and the need for a regulatory environment that allows for such growth in the United States.

David McBride, director of the National Aeronautics and Space Administration (NASA) Armstrong Flight Research Center, described the work NASA is doing, including in partnership with the FAA.

In referring to what aviation might be like in 2050, he said: “This is a world enabled by aviation, where you can fly across the country in two hours, or to the other side of the world in five. A world with…U.S. companies capitalizing on this vision to deliver these products and develop aviation services of the future, creating high quality manufacturing jobs.”

“This growth in aviation means jobs. Global competition is fierce in this sector as companies and countries seek to capture a larger share of this growing market and high wage jobs. U.S. and European companies traditionally have divided the global market for large civil aircraft and equipment. Now China is investing heavily in aerospace, starting up a new company to build large commercial aircraft to lure some of the large civil aircraft market share. Russia and Japan are seeking to break into the regional jet market, and companies from all around the world are seeking market share for smaller unmanned systems and vehicles.”

Diana Marina Cooper, senior vice president of policy & strategy for PrecisionHawk, a drone and drone software company, noted: “The key to unlocking the limitless future potential of drones is simple: Put in place the regulatory building blocks to enable flight in more ways and in more places — flights over people, flights at night, flights in controlled airspace, flights beyond visual line of sight, and fully autonomous flights managed by an Unmanned Aircraft System Traffic Management system.”

And Eric Allison, head of Elevate at Uber Technologies, noted: “Time spent in traffic ultimately represents less time with family, fewer hours growing our economies, and more pollution in our world. As a multimodal transportation platform, Uber believes solving this problem is core to fulfilling our mission. Just as cities looked to the skies to expand, urban aerial ridesharing will use three-dimensional airspace to alleviate transportation congestion on the ground. In 30 years, we intend to be operating millions of daily flights safely, autonomously, fully integrated into the National Airspace System (NAS) and with zero carbon emissions.”