As EU member states rush to weaponize unmanned planes, those who monitor ‘collateral damage’ to civilian populations and abuses of international law brought about by extensive use of armed drones ask EU countries, as MEPs recently did, to set up a legal framework and to uphold human rights.

The recent unveiling of a new CIA drone base in Niger has put the US targeted killing program in the international spotlight again. President Trump’s reversal of the slightly improved policies made by his predecessor Barack Obama on transparency and accountability gives more cause for concern in the years to come.

With looming conflict-theatres on the horizon, it is of paramount importance that EU Member States and the European Union speak out on these lethal policies and push back against further attempts to undermine international legal principles and human dignity caused by the drone killing program.

That the EU can play a role was made clear in a resolution adopted on 12 September by the European parliament, which contained a call to the EU Council to“ensure that the use of armed drones complies with their obligations under international law, including international human rights law and international humanitarian law, and that robust binding standards to govern the provision of all forms of assistance for lethal drone operations are established.”

Certainly, this is a timely call as the development and use of armed drones in Europe are rapidly expanding. France is arming its US MQ-9 Reaper drone, the Netherlands and Belgium just announced their acquisition of ‘armable’ US Reapers, while Germany is opting to lease Israeli Heron TP drones. At the same time, an EU consortium of arms manufacturers is also seeking increased defence investments to develop their own military drones.

Amidst these lethal drone ambitions, the world is yet to witness any concrete pushback against the heavily criticised US covert drone program. The Obama administration made minor changes to increase transparency, though worryingly, the current president Donald Trump was quick to undo this and stepped up the remote killing with armed drones in Yemen, Somalia and Pakistan.

More US and French armed drones are expected to loiter over African plains with the expanding ‘War on Terror’ in the Sahel. Yet clear policies and restrictions on their use have failed to be articulated. This failure may prove deadly for communities at the receiving end of the missiles launched by these drones, as historical use by the US has been, resulting in hundreds of civilian deaths, and many more wounded.

Why is a strong European voice needed? At of the core of Europe’s discussions of deadly drones is the urgent need to uphold a strong legal framework and respect for human rights, in order to uphold the principles the European Union is built upon.

Operations using remote lethal force, coinciding with intensified international counter-terrorism responses, have paved the way for deadly practices that risk eroding long-established safeguards for human life and dignity. Communities affected by drone strikes struggle for justice, and their cries for help have largely been met with silence from the international community, while the US’s expanding targeted killing program sets a disturbing example.

The EU has indicated that counter-terrorism and security will receive more focus in its foreign policy, by cooperating with states where armed groups are active, and through information sharing on refugees coming into Europe. At the same time, EU Member states such as France are involved in UN or other military operations to combat armed groups and terrorists, which soon will see the use of armed drones. Other states might have facilitated these practices by sharing intelligence or hosting US bases where drone strikes are supported.

With European countries increasingly focused on counterterrorism actions, there is an urgent need to articulate clear interpretations of existing international law that uphold long established standards on the protection of the right to life and that limit the use of force. This entails providing greater transparency on military operations conducted, and insight on information sharing with third-parties, who can use this information for clandestine targeted killings.

Increased transparency bolsters state accountability around the use of lethal force, which is needed to maintain assurances of the legitimacy of military operations. In a world where secrecy, lies and misinformation tend to dominate the political agenda, EU member states should take a stand for liberal democratic principles based on a foundation of human rights. And lastly, while developing military technologies is necessary, including armed (combat) drones and other unmanned systems, the EU should ensure that export control of these systems is adequately addressed through proper risk assessment and limitations of export to unwanted end-users.

Despite the call by the European parliament to engage with the European commission through a strong resolution and providing a draft Common Position on armed drones, and further attempts by the Green party to link EU defence funding with the formulation of a legal framework, no substantial progress has been made in clearly articulating limitations.

The outcome of last year’s UN study funded by Germany and the Netherlands was a call for a UN resolution that should lead to “establishing a mandate for work on improving transparency, accountability and oversight of armed UAVs in all their aspects.” Such an international process is indeed urgently required to deal with drone warfare before practice is too far ahead of policy.

If the EU or its member states aim to assume a leadership role in a world which clearly needs guidance on these matters, then now is the time. Time to listen to the communities being torn apart by the reality of drone warfare. Time to draw a red line on limiting the use of lethal force in ill-defined military operations on foreign soils. Time to take a principled position on the protection of the life and dignity of human beings in the face of terror, both home and abroad. Time to tackle the challenges brought about by the development and proliferation of emerging unmanned military technologies that if left unchecked, risk undermining peace, security, stability and human rights.

Factual or translation error? Tell us. 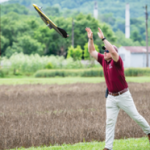