Support for household delivery drones is starting to emerge across Canberra, flying against otherwise vehement opposition to the technology's presence in the national capital.

Residents, a traders' group and a private drone operator have endorsed the drone's potential as a convenient, cost-effective and environmentally-friendly delivery service in new submissions to an Assembly inquiry into the technology.

But the overwhelming sentiment expressed in the almost 150 submissions to the inquiry remains one of firm opposition to the innovation, as debate rages over Wing's divisive Bonython trial and planned expansion into Canberra's northern suburbs.

The Green Institute, led by Greens federal election candidate Tim Hollo, used its submissions to call for a halt to the technology's expansion pending independent reviews. The Environmental Defenders' Office has also added its voice to the chorus of those concerned about gaps in the regulation of drone technology.

But the latest batch of submissions, published online as the inquiry held its first public hearings last week, shows a degree of community support for Wing's world-leading service.

In his submission, Phillip Balding, an administrator of the "Bonython For Drones" Facebook page, said drones could offer cost savings for customers, when compared with traditional food delivery services such as Uber Eats.

Research commissioned by Wing has shown drones could save customers a combined $5 million in delivery costs a year by 2030.

"This is the major reason I got on board with drone deliveries and want them to succeed – I want my friends and family to save money – without getting in their ears about cooking and investing, and
annoying them," Mr Balding said.

A number of other submissions sought to balance the well-publicised views of drone opponents, whom they argued had overstated noise from drone flights and disturbances to local wildlife.

Richard Beaton, a licensed drone operator, said in his submission that the innovation "tend(s) to bring out the worst in people", as he expressed concern the inquiry was being overrun by an "organised and particularly vocal group of so-called haters".

Wing last week unveiled a new, quieter-model drone, which it plans to start flying in Crace, Palmerston, Franklin, Gungahlin and Harrison in the coming months.

Those flights are set to be launched from the company's new headquarters in Mitchell – and with the backing of the local traders association.

"Traders in the Mitchell precinct are open minded towards new technology and understand the transformative impact that drones will have in the future," Mitchell Traders' Association secretary Julian Kusa in a submission.

"We believe drone-based deliveries will be beneficial to local ACT businesses and
consumers who wish to use the service."

Amid those positive endorsements, more groups have declared their opposition to the drones in submissions to the inquiry.

The ACT Equestrian Association said it had for some time been concerned about the noise from drones, which it said was known to alarm and confuse horse due to their heightened sense of hearing.

A horse panicked by the noise could "throw its rider, bold, end up in traffic, injure itself and those around it", the association's submission stated.

"It is easy to see how the likelihood of having your horse panicked by a drone anytime you went for ride is of great concern," it stated.

"As we cannot imagine that Project Wing will be given a monopoly over deliveries, the risk to the life and limb of both horses and their riders will be compounded exponentially, should this technology be given approval. Potentially an entire recreational activity could be made untenable because some people are too lazy to go out for a cappuccino. If we do not limit this technology now, it will become a monster very difficult to put back in its box."

The association's president, Christine Lawrence, said while she had not experienced Wing's drones in flight, her group feared delivery drones would be more detrimental to horses than recreational aircraft.

"Their needs to be a line of sight between the pilot and a recreational drones, so if they see a horse they can move away," Ms Lawrence said. "You don't have that with delivery drones".

A Wing spokeswoman said the company had conducted extensive testing of the drones near horses and "did not observe any ill effects".

The spokeswoman said Wing had no plans to fly near Canberra's designated horse trails, meaning there was "no chance" its operations would disturb the animals. The speed and height at which the drones flew would also mean they were unlikely to spark alarm in the horses, the spokeswoman said.

The two parties have been in regular contact during the drone trials.

Representatives from the ACT government and Civil Aviation Safety Authority are scheduled to give evidence at the drone inquiry on Wednesday. 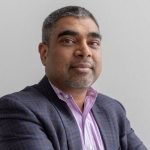 Flying cars coming in 5 years, flying taxis in 10, Intel drone chief says – CNETUncategorized
White House Memo: Trump on Tech: Planes Are ‘Too Complex to Fly,’ and ‘What Is Digital?’Uncategorized