In recent weeks the ongoing trade war between the United States and China have threatened to see a significant rise in pricing for a number of consumer tech products, with smartphones, notebooks being highlighted as being the most affected.

Now we can add drones to that list, or at least ones from Chinese manufacturer DJI, which has had to raise the price of its devices Stateside, citing the Trump presidency’s tariffs as the key contributor.

If you head to the DJI US store, you’ll notice the Mavic 2 lineup in particular, which is likely the company’s most popular commercial drone, has seen an increase of roughly 13 percent. While this is slightly below the 15 percent increase that Trump’s tariffs have outlined, it shows that all consumer tech firms with operations in China will be effected by the ongoing trade war.

As for what that means for other regions outside of the US, remains to be seen, with South Africa yet to feel the impact of the tariff increases just yet. That could change though, with the likes of Apple and Huawei unveiling new devices this month, and potentially having to increase the price of their own smartphones.

“Due to the recent increase in tariffs, DJI has updated pricing for its products in the United States. We take many factors into account when recommending retail prices in different countries around the world, including tariff applications, tax rates and currency exchange fluctuations,” an unnamed DJI spokesperson told The Verge.

“We follow all applicable laws and regulations in the countries where we operate and will continue to work toward making drone and handheld products more accessible to the world while supporting the many existing customers that use DJI technology daily,” they added.

With DJI drones already costing a pretty penny locally, a 13 percent bump may scare some consumers off to another drone maker instead. As such it looks like this trade war may result in a few casualties before things get settled. 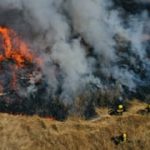 Flame-throwing drones: the scary-sounding devices that could save livesUncategorized 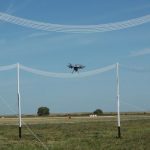