Donald Trump to meet with tech executives on drones, internet of things 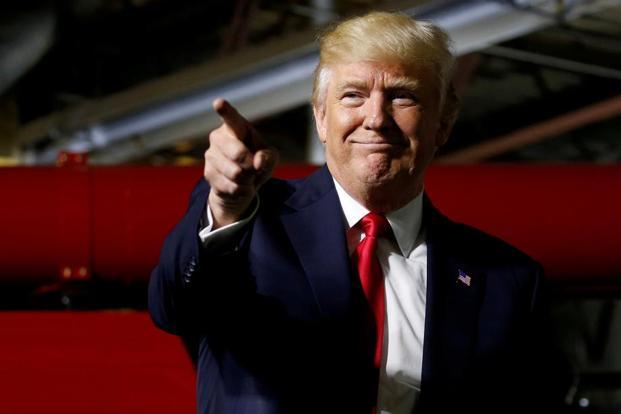 Washington: President Donald Trump will meet with two dozen executives from technology companies and venture capital firms on Thursday for advice on how the government can promote emerging technologies such as drones and the internet of things.

Trump “will learn firsthand how these important technologies are reshaping modern life and what’s possible when our workers can fly over job sites, and when huge cell towers shrink to the size of pizza boxes,” he said.

While several CEOs of tech firms have been critical of Trump’s presidency, they have flocked to the White House this week seeking to influence the govt’s tech policies going forward

The White House is using the week to highlight technology initiatives. Trump met Monday with tech executives including Apple Inc. CEO Tim Cook and Amazon.com Inc. CEO Jeff Bezos to discuss ways to make the federal government more efficient. On Wednesday, the president visited Kirkwood Community College in Cedar Rapids, Iowa, to discuss the use of technology in agriculture.

While several CEOs of technology companies have been critical of Trump’s presidency, they have flocked to the White House this week seeking to influence the government’s technology policies going forward.

Case, who now runs the investment firm Revolution LLC, used his company website to defend his decision to engage with Trump.

“I know some people will question my decision to attend the gathering of investors at the White House, but I have long advocated for leaders of any kind to engage if given the opportunity,” Case wrote Wednesday, highlighting his concerns with Trump’s policies on immigration and climate change. “I would argue that there is perhaps no more important time to take a seat at the table.”

The drone industry has much at stake, as the government seeks to regulate the fast-growing market for unmanned aircraft.

While drone industry leaders had expressed frustration with the pace of the Federal Aviation Administration in opening the skies to unmanned aircraft, they have mostly been positive about the agency’s work since late 2015.

Since then, the FAA has adopted regulations allowing routine commercial drone operations and has made progress in granting unmanned flights wider access. The agency is also working with NASA to create the equivalent of an air-traffic system for small unmanned aircraft flying at low altitudes.

In most cases, drones are currently limited to flights as high as 400 feet (122 metres) off the ground, within the sight of the operator and not over people on the ground.

An attempt to expand those limits has been put on hold as a result of concerns from law enforcement agencies.

The FAA had planned to unveil a proposal by January that would have given drone operators growing permission to fly over people. Operations over crowds and urban areas are prohibited now, but are critical to several commercial uses, from drone deliveries to inspections.

However, the FAA’s proposal was put on hold because law enforcement and security agencies were concerned they couldn’t tell the difference between a lawfully operated craft and those for nefarious purposes.

In the internet of things, a growing number of objects and devices will become web-connected—everything from refrigerators and thermostats to cars and industrial machines.

Corporate spending on technologies related to the internet of things could reach $280 billion by 2020, the Boston Consulting Group estimates.

“We will need to build out the infrastructure to handle this dramatic transformation,” Kratsios said.