Drone technology could be panacea to poaching

STRINGENT government regulations are hindering the use of innovative technologies such as anti-poaching drones and Unmanned Aerial Vehicle Systems (UAVS), globally identified as the single biggest answer to the poaching crisis.

Poaching of wildlife like elephants and rhinos for their valuable horns has threatened the population of these species across the wildlife-rich African continent, prompting rangers and wildlife advocates to fight back by taking to the sky with drones capable of spotting poachers from a distance.

But while tremendous progress has been registered in countries like Kenya, Tanzania and South Africa, which are faced with the scourge of poaching, local players say they are facing chocking bureaucratic bottlenecks trying to implement the technologies, especially from the Civil Aviation Authority of Zimbabwe (CAAZ), which is the regulator.

To import a drone or an UAVS, one needs to apply for permission from the CAAZ at least 30 days before it is allowed entry. The applicant is supposed to include details such as the model, serial number, manufacturer of the copter, the weight, the specifications of the drone, purpose of the drone in Zimbabwe, including details of the scheduled airfields for the drone.

After getting approval from the CAAZ, the applicant would also need to obtain an import permit from the Zimbabwe Revenue Authority (Zimra) for tax purposes.

“In August 2016, The Zimbabwe Parks and Wildlife Management Authority (Zimparks) invited stakeholders to attend the launch of new initiatives in anti-poaching and law enforcement at Charles Prince Airport in Harare. The launch that included drone technology was officiated by former President of Zimbabwe Robert Mugabe and other senior government officials,” Fundira said.

“Since then, reports coming from Zimparks have indicated limited success in national parks such as Hwange and Gonarezhou. The main reasons given have been that drones used are not necessarily correctly suited for the surveillance required.

“It would appear that generally, the preferred method of poaching in Zimbabwe is cyanide poisoning that requires patrols and boots on the ground to counter poaching.

“Reports from private outfitters indicate challenges of importing drones and bottlenecks in clearing these at border entry points, mostly due to security issues and a lack of understanding by authorities of the benefits of the technology, not only in anti-poaching operations, but also in mining, emergency services, transportation, government organisations and other key sectors,” Fundira said.

Systems combining artificial intelligence, drones and infra-red imaging have been designed to monitor animals at night in order to prevent poaching.

The drones can survey large areas of difficult terrain from above, allowing ecologists to access hard to reach areas and monitor wildlife without disturbing the animals.

In an early field trial in South Africa, it was used to detect elusive riverine rabbits, one of the most endangered mammals in the world.

Scientists hope in future that the heat-sensitive drones would make it easier to track animals such as rhinos and spot poachers hunting them under cover of darkness.

These breakthroughs are based around machine-learning algorithms and astronomical detection tools using Google Earth and GPS developed through open-source or other tailor-made softwares.

Following an initial pilot project to test the concept with infra-red footage of cows and humans filmed by drone at a farm, the team has worked to build up libraries of imagery to train the software to recognise different types of animals in different types of landscape and vegetation.

It is now being refined and upgraded to compensate for atmospheric effects, weather and other environmental factors.

The aim is to make a system that is easy for conservationists and game rangers to use anywhere in the world, which will allow endangered animals to be tracked and monitored easily, and poaching to be stopped before it happens in a proactive way.

A similar system that uses static infra-red cameras rather than drones was recently demonstrated, and is enabling authorities in Botswana to catch poachers.

Fundira added: “Drones are not without their problems. They can be dangerous if flown without proper guidelines or permission, or by untrained people.”

Zimparks spokesperson Tinashe Farawo said drone and UAVS technologies have not been successfully pursued because of shortage of funding.

“We all want those technologies, but there is no money. We don’t have resources,” Farawo said.

“For instance, a drone will not work on its own; if it locates a poacher from 100km away in Hwange National Park, for example, we will still need vehicles to track the poacher and get there; we will also need efficient radio communication. We do not have enough of these resources at the moment.

“However, we have put to use the resources which we have, and they have served us very well. We work within our means and record incredible successes, and that is why we still have the second largest elephant population in the world, and our lions and other big cats are also picking up,” he said.

CAAZ general manager David Chawota could not be reached as his mobile phone went unanswered, while questions emailed through the public relations office were not responded to. 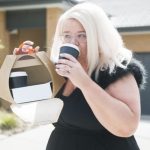 Drone coffee: Does it spill? Is it hot? A special investigationUncategorized 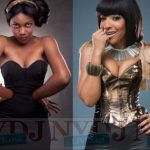