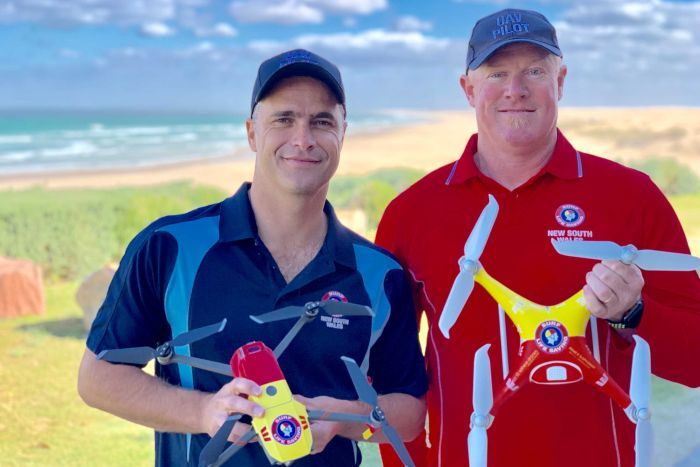 Data from a Surf Life Saving New South Wales (SLSNSW) drone trial has revealed January to be the most significant month for shark activity and the north coast to be the state's shark hotspot.

It was the largest drone operation ever conducted in Australia with more than 8,000 flights at 20 trial locations along the NSW coast.

The data reveals a total of 370 sharks were spotted during summer and Evans Head had the most sightings with 58.

Byron Bay and Ballina also had a significant number of sightings, as did Pambula Beach on the south coast.

Forty-two per cent of sightings were made in January, followed by April (21 per cent), March (15 per cent) and February (8 per cent).

The collaborative research project was funded by the NSW Department of Primary Industries and Fisheries.

"The data is extremely valuable, it's one of the largest marine data sets in the world captured via drones," said SLSNSW drone coordinator Tom Caska.

"If lifeguards spot what they believe to be a shark then they try and identify it as a threatening species — so anything over two metres and a bull shark or a tiger shark or a white pointer," he said. 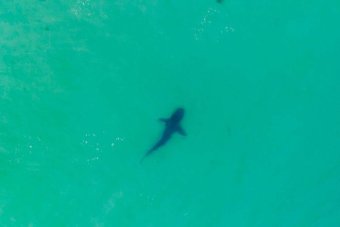 "If it's within 200 metres of swimmers then they sound the alarm on the drone itself, and this alerts people who might be in the vicinity to get out of the way.

"Most of the time the sharks may not pose that much of a threat but occasionally they do. So it is a fantastic way to maintain safety at our beaches."

Rescue eye in the sky

Mr Caska said the drones were also very useful in assisting lifeguards in numerous rescues throughout the summer.

How to read a beach 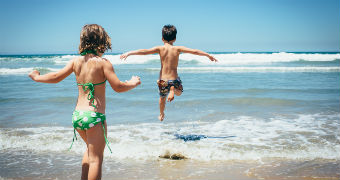 Do you know how to spot a rip or treat a jellyfish sting? Before you plunge into the surf this summer, refresh your memory with our beach safety guide.

Volunteer lifeguard Brad Fox was one of the 350 volunteers trained as drone pilots for the trial.

He said the drones were helped lifeguards assess beach safety.

"In a rescue situation we're able to fly the drone straight to where we need to be and give [rescuers] a lot of feedback about the scenario that is unfolding there, or how to best approach it," Mr Fox said.

"What you can see from the air is much greater than what they can see at water level.

"It also helps us spot rips when we're setting up the beach, so it helps us figure out where we're going to set up the flags on the day.

"It really expands the toolkit from a lifesaving point of view and it enables us to pinpoint where a problem is."

Surf Life Saving Australia (SLSA) said it was looking to expand the drone program to more beaches in NSW and around the country next summer. 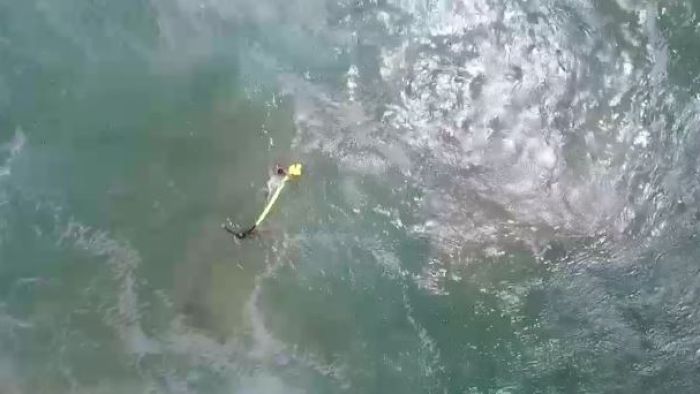 The organisation is also trialling a flotation drop device to assist in rescues from the air. 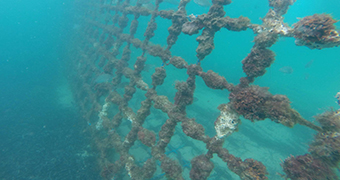 What are the pros and cons of the most popular options available to deter sharks?

"It's basically quite a small lightweight flotation drop device that you can attach to the drone and it gets dropped from altitude and automatically inflates when it hits the water.

"A year ago we had a really good outcome when we used this technology, when we rescued a couple of swimmers.

"We really hope to do the same thing as the technology improves and we train our members to use the new technology."

Mr Caska said lightweight drones with mounted thermal cameras were also being trialled and could help to pick up the heat signature of someone lost in rough seas or at night.

The drones were also being trialled at numerous locations in the Northern Territory to see if they will help detect heat signatures from predators such as crocodiles.

"As a volunteer organisation we've even been able to get more and more people involved," Mr Caska said.

"They've been attracted to coming to work with Surf Life Saving because they're excited about these new innovative pieces of technology.

"This program is really the future of aerial surveillance." 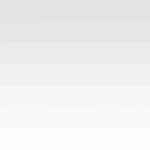 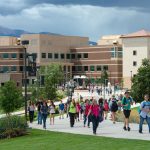