Drones of the West?

There's apparently a new night flight happening in eastern Colorado and western Nebraska and it's got residents spooked. Swarms of drones have been spotted flying at night in the region, yet officials know nothing about who is behind the flights.

Time magazine reported that the flights have residents spooked, sheriffs in several counties baffled and the Federal Aviation Administration looking for answers. Sightings of the night-time drone swarms started in mid-December.

The reports from local residents say these are large drones, there are many of them and they only fly at night. The flights may be perfectly legal according to the New York Times, but they remain unexplained and that's what has residents and officials worried.

Residents in the region have expressed an interest in shooting down the drones, but local officials recommend instead that sightings be reported. The worry is invasion of privacy, and concern about who is behind these mystery night flights.

There's plenty of speculation about what may be behind the flights, like land surveys by an oil and gas company or some other kind of mapping operation, but as the NYT reports there's one question: "Why fly at night?"

The FAA is looking into the matter. Recently FAA proposed a rule that all drones larger than a half-pound carry a transmitter allowing them to be identified remotely. The key is to know where drones are and help avoid mid-air collisions in the future. The proposed rule was published in the Federal Register, with a comment period that closes on March 2.

Having that drone ID tech on board would help solve this mystery. Officials across in Colorado and Nebraska continue to work to track the source of this fleet of airships.

The reported sightings are consistent, noting there are multiple drones, they fly in formation and they flight at night. And while shooting them down sounds like a good idea to the average farmer, in most wire reports officials are recommending you not take that action. 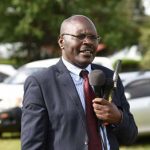