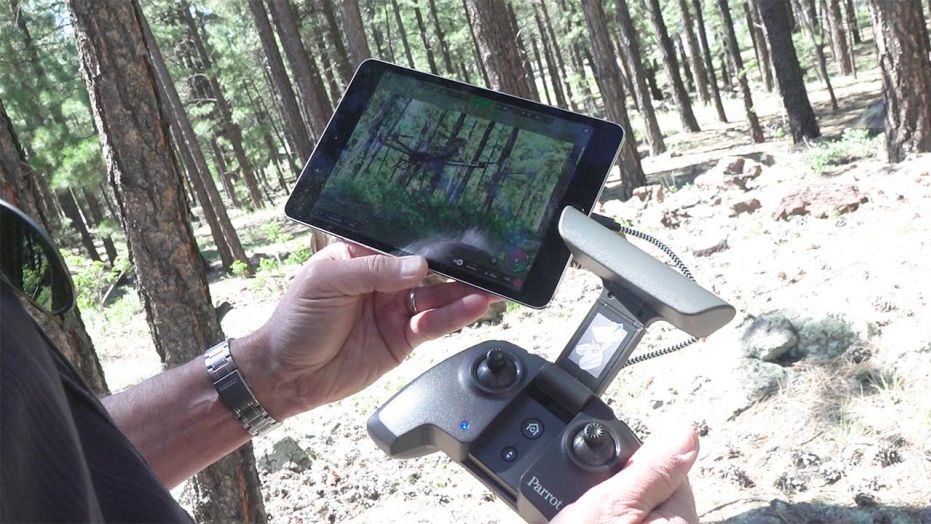 Wildfire crews getting help from drones

FLAGSTAFF, Ariz. – FLAGSTAFF, Ariz. — When thousands of acres of forest burned here recently, firefighters found themselves in a tough spot. One area, which had once been a World War II artillery training spot, was filled with unexploded ordnances that could kill them.

So they used a new technique to help them battle the forest fire: a drone.

As wildfires become a growing threat across the country, firefighters are increasingly turning to drones to help them in battle.

Drone technology has been used in fires for years, but they are now becoming a critical tool to fight wildfires.

“They're going to be another essential tool in our firefighting arsenal of ways to put out the fire or help control the fires,” said Justin Jager, U.S. Forest Service northern Arizona interagency aviation officer. 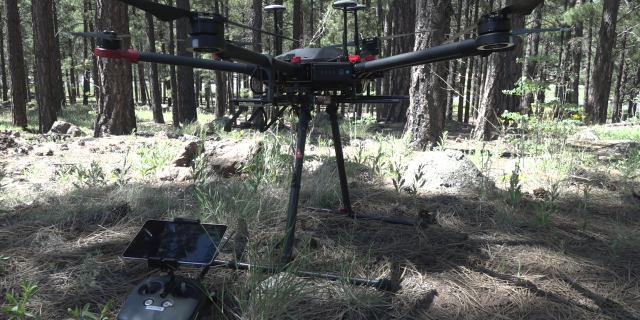 “As the Department of Interior and the U.S. Forest Service, we've been looking to use drones for several years now and really the technology has finally caught up to where we can efficiently use them on the fire as far as battery life and capacity,” Jager said. (Fox News)

During the recent “Maroon Fire” near Flagstaff, the more than 8,000-acre fire at the Maroon Crater was an area used for World War II artillery training. Unexploded ordnances, which are explosive weapons (bombs, bullets, shells, grenades, mines, etc.), were “likely present” around the crater.

“The Maroon Fire posed some unique challenges that there…(was) an unexploded ordnance area that we wanted to be able to put fire in but we didn’t want to put firefighters on the ground, for obvious reasons,” Jager said. “Nor did we want low-level manned aircraft in that area for when we were doing aerial ignition. So, this posed the really perfect scenario to use a drone to do aerial ignition on the fire.”

Along with the explosives, there was also a big KV power line Jager and the team were trying to protect, as well.

The U.S. Forest Service is using drones in northern Arizona as part of an experimental testing phase this year. 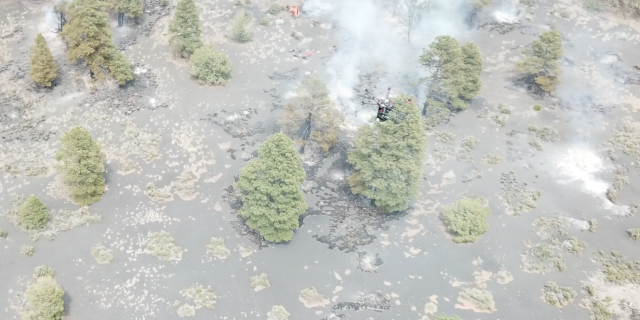 “The Maroon Fire posed some unique challenges that there were some big KV power lines running through there that we needed to be able to protect from the fire then also an unexploded ordnance area that we wanted to be able to put fire in but we didn’t want to put firefighters on the ground for obvious reasons,” Jager said. (US Forest Service​​​​​​)

John Vogel has been a drone pilot for a decade and works in the Department of the Interior as a remote sensing specialist. He trains people to become drone pilots.

“At this point, we’re really in a test and evaluation phase but more and more pilots are trained every year among the fire crews and the technology is growing in capability so that they’re able to provide better situational awareness for a longer period of time,” Vogel said.

A MILITARY HELICOPTER DRONE THAT CAN FIGHT WILDFIRES 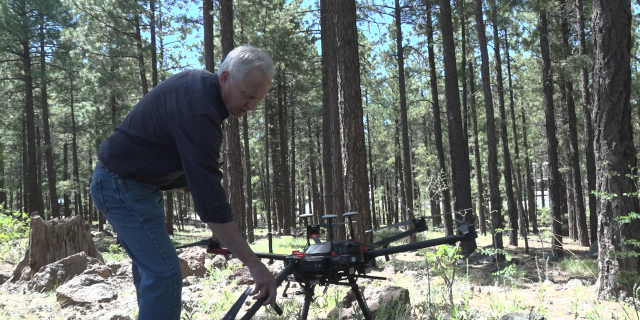 “At this point, we’re really in a test and evaluation phase but more and more pilots are trained every year among the fire crews and the technology is growing in capability so that they’re able to provide better situational awareness for a longer period of time,” Vogel said. (Fox News)

The primary purpose of the drone technology is situational awareness. The drones become another member of the crew, giving firefighters a bird’s eye view with live-streaming capabilities to get a real-time visual on the fire.

“It's just about providing firefighters with the ability to see what's going on, on the ground,” Vogel said. “Giving them a view that they wouldn't have, that they didn't have before. Hopefully saving lives and giving them the ability to fight that fire more effectively.”

According to multiple reports, drones have been used in previous wildfires in recent years in California. And according to the Smithsonian, during the massive 2013 fire at Yosemite National Park, the National Guard flew a MQ1 predator drone from March Air Base 350 miles to Yosemite to fight the fire. It was the first time they used the aircraft to support non-military officials.

Fast forward to today, now the technology is becoming more readily available. Certified drone pilots can now help boots-on-the-ground in the palms of their hands…using what looks like a video game controller to steer the drones. 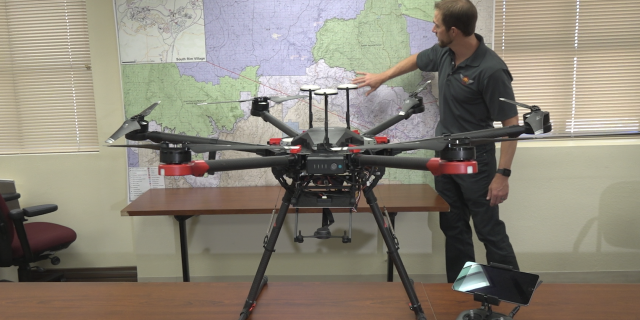 Vogel said over the next five years, drones will be “game-changing” and he expects them to be part of the everyday equipment and tools for wildland firefighters.

But he said drones have also become a deterrence. Drones from the public have cause firefighters to shut down a few of operations when there was an unidentified drone spotted.

The U.S. Forest Service’s coverage area of Grand Canyon National Park, Kaibab and Coconino National Forests, Flagstaff and Verde Valley Area National Monuments—plan to use drones on future missions. Jager said drone use is “definitely going to be increasing exponentially” if they can use them safely and cost-effectively.

“Drones are extremely important and they’re just going to become more and more important as technology advances and we find…there’s more uses for them in the natural resource field—fires, search and rescue, resource-based missions,” Jager said. 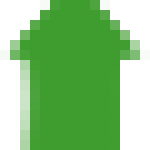 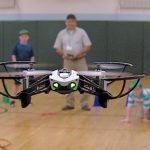