Eyes in the sky: More drones to patrol WA beaches

Seven new drones will hit the WA coast in the fight to keep beach-goers safe.

Six Perth life saving clubs and one in Meelup in WA's south west will start using Westpac rescue drones to patrol their patches of coast.

The WA drones are part of a national rollout of 51 drones.

The organisation hopes the drones' vision and surveillance technology will improve its ability to spot rips, marine creatures, and distressed swimmers in a quicker and more accurate fashion than from patrols on the beach and in a helicopter.

Surf life saving clubs first started using drones in 2016 when the former Barnett government spent $88,000 on a trial as part of its shark mitigation strategy.

“Surf life Saving WA has been at the forefront of implementing drones into patrol operations at a
[surf life saving] club level, and this partnership with Westpac will enhance our existing drone
operations and play a key role in the program’s expansion into the future,” he said.

“The improved situational awareness that drones can add to other localised surveillance activity
such as beach patrols, will also complement the regional role performed by our Westpac lifesaver
rescue helicopter service, proving them an invaluable lifesaving asset."

City Beach SLSC is running a community day on Sunday so beach-goers can get up close and personal to the drones.

The drones will be used at the following beaches: 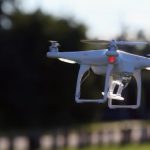