The Herald answers some key questions around drones, and how they've been policed in New Zealand to date.

Why have drones been such a headache for regulators?

Hobby and commercial drones exploded in popularity around 2014 and have become more popular as their prices become cheaper, their technology improves and they become ever more accessible. While many of us might see drones as toys, they're anything but. Because they can create a hazard to people, property – and more importantly, planes and helicopters – regulators treat them as aircraft. Their rise in popularity came with the introduction of legalities and ethics, with the CAA releasing new rules for the flying of unmanned aircraft in August 2015.

So what have those rules been?

They're namely parts 101 and 102 of the CAA Rules. All drone operators have to comply with parts 101, which requires, among other basics, that drones only to be flown in daylight, to not fly higher than 120m, and not come within 4km of aerospaces and to get clearance when heading into controlled air spaces. Operators also need to get consent of property owners or whoever is in charge of the areas that are being flown above. Part 102 applies to drones that weigh over 25kg, and anyone needing a variation to any of the rules of part 101 needs to get a special certificate.

What about public parks?

Yes, drone operators can fly over public parks, but the park owner, usually the council, needs to give consent. The airshare website has a handy list of councils that already allow this. However, flying over a large group of people at a public event is likely to be regarded as a hazardous operation, which is outside the bounds of Part 101. And operators still need to bear in mind that they still need to check with private property owners if they're flying above anyone's house.

Why have drones been in the news a lot lately?

There have been a few incidents over recent weeks. This month, police were called to Rotorua Airport for the person flying a drone in the restricted area. Not long before, North Otago woman Leanna Fryer-Raisher was spooked to find a drone hovering above her rural property. Real estate agents have also been put on notice about their legal obligations when using drones to market properties after a spike in CAA complaints. And a group of scientists from Auckland University of Technology have even come up with the safest distance to fly drones over marine mammals like dolphins and whales – that's 25m above.

Has anyone been charged over breaking the laws?

Even though the CAA was getting received reports of more than one unauthorised drone operating per week over recent times, there have been next to no prosecutions. Last year, Air New Zealand demanded tougher rules for drone operators after a near-miss at Auckland Airport involving a flight with 278 people on board. But enforcement action had been yet to take off, with only about 4 per cent of complaints resulting in disciplinary measures. As at early last year, there had been a total of 696 complaints against Remotely Piloted Aircraft Systems (RPAS) since March 2013, but only 27 of those have resulted in enforcement action. Of the 27 complaints where action was taken, 11 resulted in warning letters, 15 in infringement notices and one person was prosecuted. 669 resulted in no enforcement action taken. 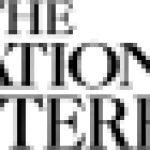 Russia’s New, Bizzare B-2 Look-alike Stealth Drone Is up to SomethingUncategorized 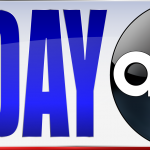