Drones are useful today for real estate photos and gas pipeline inspections. They could be useful tomorrow for home security and package delivery. But in a half decade, they could well shuttle you to work over the heads of drivers stuck in traffic.

That's what Anil Nanduri, general manager of Intel's drone group, expects. Drone innovation combined with people paying their way out of gridlock will mean flying cars will transform from exotic to accepted in the next few years.

Some companies agree, perhaps most notably Ehang and Uber, which wants to launch air taxis by 2023. But there are plenty of safety, engineering and social challenges. Not to mention the fact that Elon Musk — the CEO of Tesla, SpaceX and the Boring Company, who has a knack for figuring out what's just within our technological reach — thinks we're better off putting cars in underground tunnels.

Nanduri's job is closer to today's tech. He's trying to automate drone operations such as inspecting bridges for cracks or choreographing constellations of drones in a kind of digital fireworks. The latter is in part a publicity stunt, most recently on display at Super Bowl 53, but it's more than that. Smoothly coordinating 2,000 drones that are flying up to 8 meters per second is also a dress rehearsal for tomorrow's more complicated airspace.

Nanduri sat down with CNET's Stephen Shankland for an exclusive interview at the All About Autonomy 2019 conference. The following is an edited transcript.

Q: Let's look five years in the future. Do you think we're going to have flying cars?
Nanduri: There will definitely be flights with flying cars in five years. At scale? Probably not. But definitely you'll see them starting to be up in the sky. The most amazing thing about autonomous air traffic is that airspace solves the three-dimensional challenge that the ground traffic is faced with.

What about 10 years? Will it be more common?
Nanduri: In 10 years, you'll start to see air taxis. It's our job to make it happen.

A business guy can run the economics and see how the cost models work out at the ecosystem level. When you see that, you know it's going to happen. And you have these huge pain points. Traffic is only getting more and more congested, and people want instant gratification — they want everything delivered.

Now, how do you put it all together and get the regulations and get the compliance? Once you see that one instance of it working, then you'll see it rapidly roll out.

I worry about that one instance where you see it not working. People are famous for making decisions based on avoiding negative outcomes.
Nanduri: It's absolutely something the industry should be cognizant of. A recent example is what happened at the Gatwick Airport [when a drone shut down air traffic]. We got to acknowledge it, embrace it. And we need to know that technology can solve it. It slows it down, but because the economics and the pain points are there, it will eventually cross that barrier.

When an ordinary car has a problem at 60 mph or 30 mph, it's still stuck to the ground. With flying cars you have this problem called gravity. Is that something you can overcome?
Nanduri: You have 40,000 people per year who die in car accidents. Yet people accept it, and they drive. When you have two hours stuck in traffic and you can shorten that, especially in commuting, you have to adapt. If you go today to Bangalore or Beijing, it's so congested, you are literally in a parking lot.

Once you see [flying cars], the benefit far overrides the hurdles. If I give you two hours back, you get to watch that movie or spend more time with your family.

They have to be safe. There are always early adopters willing to take bigger risks. But as time progresses, more and more people will get comfortable.

Three dimensions gets you a lot more room than being confined to the surface of the Earth. Elon Musk [head of Tesla, SpaceX and the Boring Company] wants to build tunnels under Los Angeles and Las Vegas. What do you think of tunnels for cars?
Nanduri: It's very simple. It's a cost. Putting it into the sky is lot less expensive than having to touch physical infrastructure.

The same thing goes with the cost of deploying fiber versus wireless communication. That's why 5g is so much more exciting. I can get, you know, the huge bandwidth without the expensive infrastructure costs of laying out cables.

Where will we see the first use of passenger drones? The worst gridlock is in urban areas already crowded with news helicopters, skyscrapers and maybe delivery drones.
Nanduri: It'll come from different avenues. There are always gonna be the entrepreneurs and high-net-worth people who can showcase the new technology.

I think there will be cargo drones moving supplies and equipment — that will drive a lot of the innovation. You may be not even surprised if the initial versions of these will have a pilot in there, just to give that sense of safety. It will evolve from being manned to eventually becoming unmanned.

You get a half an hour of battery life out of little camera drones weighing 100 grams. What about when it's 100 kilograms of human payload?
Nanduri: You hit on the biggest challenge. If you look at the physics of a multirotor system, no matter what size and scale, you're going to have 30 to 45 minutes of battery life with existing battery technology. With a larger drone, you can put more battery in it, but you're carrying more weight. That's why people are looking at hybrid EVTOL [electric vertical takeoff and landing] systems. They can take advantage of the aerodynamics of tilt-rotor designs. Once you are in flight, you're more like a traditional aircraft, but then you're able to take off and land vertically. That has its own challenges, so you see a lot of innovation to extend your flight time.

Even little tiny quadcopters can get pretty noisy. If you're talking about something big enough to lift a human being or big Amazon packages, with multiple flights a day to your neighbors' houses, that really adds up.
Nanduri: It's all social acceptance and social perception that's going to drive it. It's more important as they come into the urban, high-density areas. But is it really the loudness? You'll be surprised — sometimes it's the frequency of the sound.

Does "social acceptance" translate to "better get used to it"?
Nanduri: No! There is technology that will help make them quieter. If it's a frequency problem, it's how the rotors are designed that gives you the changes in the frequency tones. There's research going on as to how I can make them more human friendly. These things become barriers to adoption. But at end of the day, the social acceptance comes down to value. If people see value, then they're willing to deal with some of the irritating aspects that come as part of that.

Will we have landing pads at our houses and apartments and put giant QR codes on our roofs to help drones navigate to our homes?
Nanduri: It could be a mat with a QR code on it. But to be more seamless, depth-sensing sensors will map the environment. They'll enable the systems to get very smart, to know even if there's a pet in the backyard so they know not to land. The takeoff and landing elements and the safety around that are still things we're learning. When do I land? Is it safe to drop a package? Do I land and then someone picks it up?

In the old days, we didn't have mailboxes, and now we do. Will everybody have drone mailboxes?
Nanduri: It's going to vary. You could say, I'm having a picnic in the park and I want my pizza delivered here. There's not going to be an automated spot, but the system should be capable of knowing where is it safe and get it to me. You don't have to be constrained to a location to get what you need.

5G and foldable phones go big at MWC 2019: With international intrigue and a 5G coming-out party, this show doesn’t need the boost of a Samsung event. 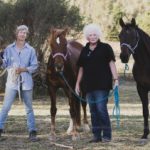