CHENNAI: This team of four engineers are going great guns since the launch of their start-up AI Aeronautics six months back. It has been incubated at Maker Village, and is making waves even in international market due to their penchant for customisation.
“The idea emerged while I was pursuing my PhD in Aerial Robotics and Artificial Intelligence. But, the idea to launch a start-up is a recent one,” said Vishnu V Nath, founder and VP, engineering. It was set up with a seed investment of Rs 15 lakh. “The money was pooled in by us. Later, we got Rs 10 lakh from the government as a part of Niti Prayas,” he said.

The aim was to develop a viable product that matches the requirement of the customer at a minimal cost. “We build a customised flying platform that can be used in reconnaissance, aerial 3D mapping for survey, smart agriculture and disaster management,” he said. The efficiency of the product was proved during a demonstration that was held for the State Disaster Management Authority.

“Our drone carried out an aerial 3D mapping of the flood-affected areas. It helped predict the level to which water will rise if the dams are opened again. This will help in disaster management,” he said.
The police and forest departments have also approached him. “We gave a demo to Kerala police. They want to use the product for surveillance, crowd monitoring and VIP security. Features like the ability to downlink high-resolution real-time videos, an artificial intelligence-based algorithm to detect and track the number plates of suspect vehicles and also identify persons of interest through facial recognition make our product attractive to them,” said Vishnu.

The hybrid UAV that AI Aeronautics has developed can fly up to two hours within a 40 km radius. “We worked with the Archaeology Department for a pilot project in which the UAVs were used for aerial mapping and disaster estimation by creating a map of the Aranmula Parthasarathy Temple,” he said.
At present, the start-up is doing a research project with IIT-MK. “We have successfully tested a prototype for DRDO in association with NPOL. The DRDO project is worth Rs 20 lakh. Another work amounting to Rs 8 lakh was done for a virtual reality company,” he said. The projects in the pipeline are a prototype that can carry a payload of one kilo. “Two other projects for prototypes that can carry five kg and 24 kg payloads too are underway,” he said.

The team is expecting a future investment of Rs 10 to Rs 15 lakh. “We want to use the domain efficiently. Also, we have been asked by Walmart to use the drones to help solve their space management issues,” he said.

In a Nutshell
● AI Aeronautics was started by four engineers six months ago.
● It was set up with a seed investment of Rs 15 lakh most of which was pooled in by them while the rest was funded by the Government under Niti Prayas
● The hybrid UAV that AI Aeronautics has developed can fly up to two hours within a 40 km radius.
● The team is expecting a future investment of Rs 10 to Rs 15 lakh 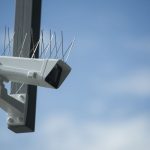