In a first for SeaWorld, the San Diego park plans to launch in February a limited-run light show using up to 500 drones, which could be a prelude to a regular nighttime summer attraction.

As the park looks to move away from fireworks, which are considered more damaging to the environment, it has proposed staging as a test run a drone show in February over a 15-night period. The California Coastal Commission on Thursday granted approval, as long as it limits the show to no more than five minutes and conducts a strict monitoring plan that examines potential impacts, including any possible harmful effect on birds.

Because the February time frame is outside the normal bird breeding and migratory seasons, it is unlikely there will be substantial impacts, says the Coastal Commission.

SeaWorld was unable to share details on what the show would look like, saying that it’s still in the early stages of being developed. A staff report prepared by the commission notes that the February test run would incorporate up to 500 illuminated Intel “Shooting Star” drones that would fly up to 400 feet along pre-programmed routes for five minutes, after which they would return to their launch area in the northeast corner of the SeaWorld parking lot. Illuminated images of “various shapes,” defined by colored lights on the drones, would be featured in the show, synchronized to music.

Should the February pilot project prove successful, it’s unclear whether there would be a nighttime show in time for next summer. Park spokesman David Koontz said he could not answer any questions about SeaWorld’s plans for future shows. Coastal Commission planner Alex Llerandi, however, said Thursday that SeaWorld has specifically expressed an interest in rolling out a drone show for the 2020 summer season.

Any future shows, he said, would require the approval of a new coastal permit.

Although SeaWorld in recent years has been reducing the frequency of its once nightly fireworks shows during the summer, it has not abandoned them altogether. Nonetheless, the Mission Bay theme park has been exploring alternative after-dark attractions, given “changing tastes and technologies, as well as recognizing the impacts fireworks may have on birds and water quality in the surrounding area,” the commission staff report points out.

Aerial drone shows, while they have become increasingly popular around the world, have yet to be commonplace at theme parks. Still, Intel’s drones have been used for nighttime light shows as part of the “The Wizarding World of Harry Potter” attraction at Universal Studios Hollywood and a few years ago were featured in a holiday attraction at Disney Springs at Walt Disney World Resort.

“You’re going to see them used throughout the entire entertainment industry, at football games, basketball games, stadiums, everywhere. In the industry, we’re excited about it.”

From an environmental perspective, SeaWorld is smart to find a replacement for fireworks, which have been criticized for contributing to air and water pollution, said Todd Regan, who operates the theme park fan site, MiceChat.

“I think it would be a brilliant move on their part because they’re an environmental park at their core and drone shows don’t damage the environment in the way fireworks do,” Regan said. “And that would make the Coastal Commission happy. It potentially allows them to do a show nightly so they could lure guests into staying longer. Fireworks are very expensive and they would never be allowed to do that all year long.”

As part of the approved coastal permit, SeaWorld is not allowed to have any fireworks during the February trial run, from Feb. 4-18.

SeaWorld already has secured approval from the Federal Aviation Administration, which generally allows drones up to 400 feet above the ground.

Intel says its “quadcopter” drones were designed with safety in mind, constructed with a soft frame made of flexible plastics and foam, and the propellers are encased. Each one has built-in LED lights that Intel says can create more than four billion color combinations, and designs and animation can be customized using its software.

It says it is responsible for more than 600 drone light shows in over 20 countries. 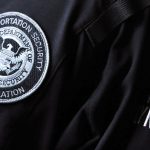 The TSA is planning to shoot down drones near airports. GOP congressmen say that’s dangerous and probably illegal.Uncategorized