Iconem — a French innovative startup that was founded in 2013 — is using drones and 3D technology to recreate cultural and historical sites destroyed by conflict in the Middle East.

Hundreds of thousands of photographs of war-torn countries like Syria and Iraq were taken for digital processing. The company then combines algorithms with artificial intelligence technology to produce the reconstructions of the sites.

Some sites that have been digitally reconstructed include a historic citadel, the Umayyad Mosque and the covered souq-market Al-Madina Souq in the old city of Aleppo, and Libya's ancient amphitheater Leptis Magna that dates back to 7th century BC.

Iconem is currently working with the UNESCO World Heritage Center on the "Revive the Spirit of Mosul" project, which aims to reconstruct parts of the Iraqi city that were heavily bombed during Iraqi military operation to retake it from Daesh terrorists.

Daesh overran large parts of Syria and Iraq in 2014, declaring a so-called "caliphate" there, but has since lost most of that to various offensives. Since the terrorists seized large swathes of land, the two countries' historical heritage has been under threat. The group has destroyed hundreds of mosques, shrines and sufi lodges as well as temples from ancient religions and churches.

Syria's war has killed more than 360,000 people since it erupted in 2011 with the brutal repression of anti-regime protests. 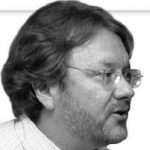