The drone sightings which disrupted about 1,000 flights to and from Gatwick Airport in December was a "not an unforeseen incident", an expert says.

Prof Iain Gray, chairman of the Drones Industry Action Group, said "many commentators have been talking for some time" about the potential of disruption from drones near airports.

He questioned why Gatwick had not implemented technologies faster.

An airport spokesman said the incident was "malicious and unprecedented".

He added: "Detection and safety protocols were in place and were effective in ensuring our absolute priority, which was the safety of our airfield and passengers during the incident on 19-21 December.

"Within days Gatwick had invested several million pounds and is now equipped to the level provided by the Armed Forces during the incident."

About 140,000 people were disrupted during the 36 hours of chaos which saw the runways shut, briefly reopened, and shut again.

Sussex Police said there had been 67 reports of drone sightings – despite an earlier "miscommunication" which cast doubt on any genuine drone activity – and the Army was called in.

Two people were arrested over the attack and released without charge. No other arrests have been made.

The airport offered a £50,000 reward through Crimestoppers and another £10,000 has been put up by the charity's chairman Lord Ashcroft to catch the culprits responsible.

Prof Gray, director of aerospace at Cranfield University, said: "At some point that type of incident was going to happen.

"The question is why weren't people better prepared?

"This was not unforeseen."

Last week, the government announced measures to give police extra powers to combat drones, including extending the exclusion zone around airports to a 5km radius.

Ministers also announced that from 30 November, operators of drones weighing between 250g and 20kg will be required to register and take an online drone pilot competency test.

But Prof Gray believes the Gatwick's chaos was from a "rogue drone operator" and "whatever laws, whatever technologies you do put in place, there will be people out there who want to try and disrupt, and do bad". 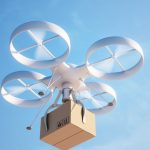 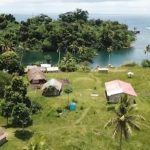