(Bloomberg) — As thousands rush to complete journeys disrupted by the recent drone incursions at London Gatwick airport, here’s a guide to how the aviation industry is responding, and what the long-term fallout might be.

Airlines have a legal duty to get travelers to their destination, no matter if a flight is halted by the weather, strikes or the appearance of mysterious flying objects. Where services are canceled, that might mean switching passengers to later departures or booking them onto rival carriers at other airports. Refunds can alternatively be offered to allow people to make their own arrangements, or to simply call it a day and go home.

While Gatwick reopened for flights on Friday as police and the military deemed anti-drone measures installed at the airport sufficient to prevent further incursions, services were patchy, with dozens of jets stranded elsewhere. Only 45 percent of morning services operated as planned and the hub suffered a setback in the evening when a further drone sighting led to a brief shutdown.

EasyJet Plc, the airport’s biggest carrier, expected flights on Saturday to largely return to normal. Police on Sunday announced a 50,000 pound ($63,000) reward for help finding those responsible for the disruptions as they released without charge a couple who had been arrested the prior day. Sunday was scheduled to be Gatwick’s busiest day of the holiday season, with 134,000 passengers due to fly in and out, and the airport aims to be operating a full schedule by then, stopping disruption from running into Christmas Eve.

When customers decide to take alternative flights, airlines get to keep the original revenue but must pay for extra food and hotel accommodation, and possibly a seat with another operator. If passengers opt for a refund the carrier’s obligation ends. The U.K. Civil Aviation Authority judged the Gatwick incident an extraordinary circumstance, meaning airlines don’t need to fund meals and trips out for customers forced to spend an extra day on vacation, for which they can be viable in the event of strikes by their own staff. People may be able to claim these and other costs on their insurance policies.

“There’s a fundamental loss in revenue when you can’t fly at such a busy time, and are unable to re-book customers onto flights that are already full,” says John Strickland, director of JLS Consulting in London. “You also incur additional costs for refunds and basic welfare, so you’re being hit from all angles.”

EasyJet said it’s too early to put a figure to the cost of the dislocation. Other major operators at the airport include British Airways, Virgin Atlantic Airways Ltd., Norwegian Air Shuttle ASA, Thomas Cook and TUI AG. Gatwick itself faces a significant hit from lost landing and car-park fees and providing welfare to stranded passengers. Shop footfall has also been lower, hurting retailers.

A host of competing technologies are also available that claim to be capable of halting drones in their tracks, with dozens pushing their products following this week’s events. Among established players, Liteye Systems Inc. uses radio signals to force the machines to land, while DroneShield Ltd. is developing a device resembling a traditional ballistic weapon. Police in Japan have even experimented with snagging drones with a net midflight.

The U.S. Federal Aviation Administration, though, last year advised airports not to experiment with anti-drone devices because it hadn’t had a chance to vet them. And solutions such as jamming signals could create safety problems by interfering with aviation radio systems.

Gatwick itself says there’s no one licensed product that could have prevented what it called an “unprecedented incident,” and that drafting in the military was ultimately the only answer.

The British Airline Pilots Association gave a lukewarm welcome to the reopening of Gatwick and said it’s still concerned about the risk of a drone collision, suggesting craft could fly undetected around the airport’s perimeter and obstruct flight paths outside the immediate detection zone.

The pilot union advised members to request speed reductions from air traffic controllers to minimum levels in the event of drone sightings, to plan ahead for possible delays and diversions, and to be read to declare an emergency should a device pose an imminent threat.

The emerging drone industry has expressed concern that a political backlash following the Gatwick shutdown could lead to significantly tighter regulations and stymie revenue growth that research firm Technavio predicts will average 36 percent a year through 2022 to reach $14.7 billion.

With Amazon.com Inc., Uber Technologies Inc. and Facebook Inc. among companies keen to embrace the technology, the incident is unlikely to hold back expansion and could even clear the way for commercial operators, said Aapo Markkanen, an analyst at Gartner Inc.

“While new regulations are likely to make consumer use of drones more restricted, they will at the same time make the operating environment easier and more certain for enterprises and public-sector organizations,” he said.

(Updates with reward and release of arrested couple and in fourth paragraph.)

–With assistance from Jeremy Kahn and Jack Kaskey.

To contact the reporter on this story: Ellen Milligan in London at emilligan11@bloomberg.net

For more articles like this, please visit us at bloomberg.com

What to Read Next 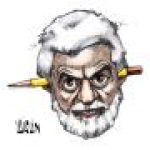