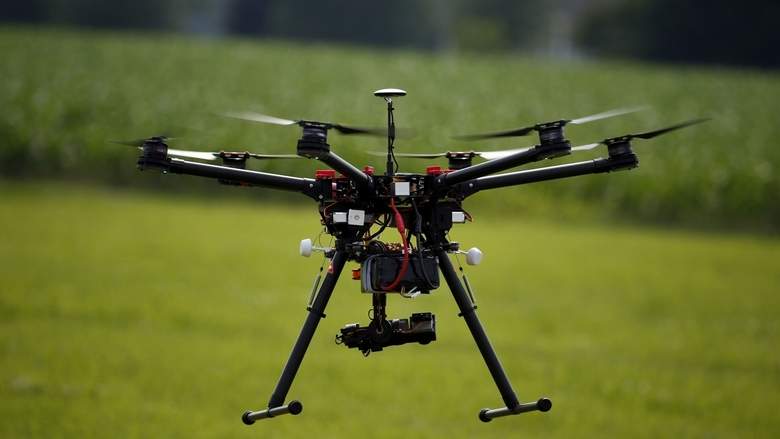 Originally created for military purposes, the usage of drones in the commercial space has increased significantly in recent years.
(AP)

It presents a massive opportunity for regional telecom operators

The market for drones in the GCC is expected to reach $1.5 billion by 2022, presenting a massive opportunity for regional telecom operators, according to Strategy&, formerly Booz & Company, and part of the PwC network.
By leveraging their capabilities and resources, these companies can play a central role in the development of the regional drone industry.
Originally created for military purposes, the usage of drones in the commercial space has increased significantly in recent years. There are several types of drone-powered solutions depending on the purpose.
While being beneficial to a variety of sectors, telecom operators are uniquely placed to capitalise on the development of the drone industry in the GCC.
"Telecom operators can leverage their existing capabilities and resources to offer advanced drone solutions to other sectors. For example, with their extensive tower networks, they are able to provide constant connectivity which is crucial for data transfer.
"They have access to advanced cloud technologies which can be used for data storage, and are equipped with world-class data processing systems to analyse information collected by the drones. As the drone industry grows, it is an obvious choice for telecom operators to seize this opportunity, given its potential", said Jad Hajj, partner with Strategy& Middle East.
Most importantly, as telecom operators reinvent themselves as digitisation players, they are further developing solid capabilities in IoT, big data and analytics. As a result, Strategy& outlines two specific opportunities that they should focus on.
First, they can offer drone-powered solutions to all other industries by building partnerships in areas related to drone procurement (providing the physical device), drone operations (piloting the drone), data processing (analysing the collected aerial data by using qualified experts) and data delivery (using extensive cloud platform capabilities to store, manage, and deliver data to clients).
The second opportunity for telecom operators involves establishing a drone traffic control centre (DTCC) for governments.
Ramzi Khoury, principal with Strategy& Middle East, added: "Airspace regulators are aware of the growth of drone technology, and are searching for balance between public safety and economic efficiency. Progress of drone legislation and regulation in the GCC is uneven, and therefore the main purpose of the drone traffic control centre is to serve as a centralised authority to manage drone traffic and ensure regulation is followed. Telecom operators can cooperate with these regulators to generate revenue, reinforce their position as providers of drone solutions, or streamline approvals and licensing processes."
Indeed, this concept has begun to be implemented regionally, with the UAE's General Civil Aviation Authority working with a technology vendor to establish a drone traffic control centre as of November 2016.
– waheedabbas@khaleejtimes.com

Shah Rukh, wife among others summoned in Dh42m case

From $8 in his pocket to successful UAE businessman

Warning! Your iPhone can be hacked

Get commercial licence in Dubai within five minutes

Dubai expat detained at German airport due to 'mistaken identity'

10 highest-paying jobs you can get without a bachelor's degree

Sunny Leone becomes a mother; here's a first look at the child

From $8 in his pocket to successful UAE businessman

What you need to know about divorce in the UAE

Photos: Over 200 gallstones removed from woman in ONE operation

Dubai expat detained at German airport due to 'mistaken identity'

Shah Rukh, wife among others summoned in Dh42m case

Do you watch 'Game of Thrones' illegally? Read this

New job vacancies at Dubai Police: How to apply 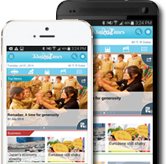