There are strong indications that no fewer than nine states will soon acquire remotely piloted aircraft (drones) and other devices as part of measures to tackle kidnapping and killing in their states.

Investigations by The PUNCH on Saturday showed that the states included Ogun, Oyo, Ebonyi, Lagos, Osun, Ondo, Benue and Enugu.

Sunday PUNCH had, on July 28, reported that efforts of some state governments to obtain necessary safety and security clearances to acquire drones were failing due to the strict conditions stipulated by the Federal Government’s agencies responsible for granting the approval.

The report listed some of the states that had made moves to deploy drones in tackling bandits, kidnappers and killer herdsmen as Lagos, Osun, Ondo, Kaduna and Anambra.

At a meeting with the South-West traditional rulers at the Presidential Villa on Wednesday, President Muhammadu Buhari said he would direct relevant federal agencies to speedily approve applications by states for drones.

In the light of the fresh President’s pledge, the Ogun State Government told The PUNCH that it had begun the process to apply for drones to fight herdsmen menace and other criminal activities in the state.

The PUNCH learnt that the decision of the state government was based on the relocation of killer herdsmen to areas of the state including the Lagos-Ibadan road and the Sagamu-Ore Expressway.

Two weeks ago, a son of the Chief Medical Director of the Lafia Hospital, Apata, Ibadan, and two workers of the hospital were kidnapped at Ajebo, along the Lagos-Ibadan Expressway, Ogun State, on their way to Lagos. 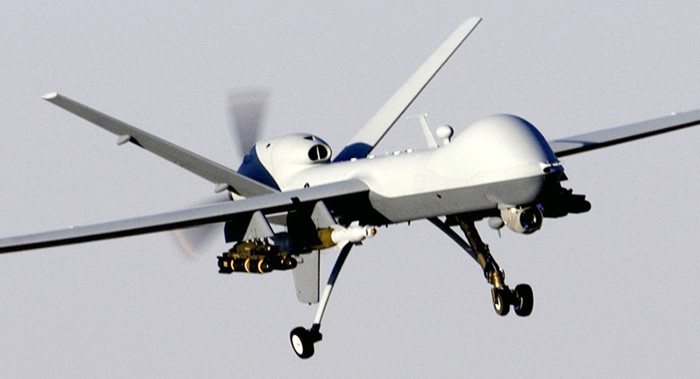 It was learnt that the victims, who were allegedly kidnapped by some Fulani bandits, secured their release a few days later after paying about N50m as ransom.

On Thursday night, five people, including a pastor of the Redeemed Christian Church of God, were kidnapped around the Area J3, Ogbere along the Benin-Ore-Sagamu Expressway. They have since regain their freedom.

The Chief Press Secretary to the Ogun State Governor, Kunle Somorin, told one of our correspondents that the state was ready to acquire drones to tackle the menace of the killer herdsmen.

Somorin said, “We have always stated that we will deploy technology in fighting crimes and insecurity. Drones are consistent with how we plan to track, pre-empt and prevent crimes and deviant social behaviours. The Federal Government’s position is in tandem with our vision for drones.”

When asked whether the state had sought the permission of the Federal Government, Somorin stated, “Whatever means that is legal will be taken to ensure the drones are acquired.”

On his part, the Special Adviser to the Oyo State Governor on Media, Jide Ajani, said his principal had already said he would deploy technology in tackling insecurity. He added that drones were one of such technological devices to actualise the plan.

Ajani, in an interview with The PUNCH, said, “The issue of drones is not new to us here. At one or two fora, our governor, Mr Seyi Makinde, had hinted about deploying technology to combat criminality in our state. Drones are included in the larger body of technology that can be deployed in combating criminality.

“But for the process and the complex nature of our country, where you have security on the exclusive list, our governor would have set the ball rolling. Most importantly, however, there is the urgent need for the realisation that these episodic approaches to fighting crime are not sustainable.

“What is sustainable is what we have been talking about and which is dear to Governor Makinde and that is the issue of true federalism. The issue of state police is very central.”

Ebonyi waiting for green light to apply for drones

Also, the Ebonyi State Government said it would apply for licence to import drones any time the Federal Government decided to issue such official permit.

Emma Uzor, the Chief Press Secretary to Governor David Umahi, stated this in an interview with one of our correspondents in Abakliki, the state capital.

He added that aside from the state government’s willingness to join others to acquire drones, it had commenced the installation of security cameras and closed-circuit televisions at strategic entry and exit points within the state to check the influx of foreigners, especially illegal herdsmen.

“We will import drones as soon as the Federal Government decides to issue the licence for them in the country. This will help in Abakaliki and curb insecurity in the state.

“Outside the planned importation of drones, the state government is mounting CCTVs in strategic entry and exit points within the state to check foreigners and herdsmen,” Uzor added.

Benue to apply for drone licence

Also, the Benue State Governor, Samuel Ortom, expressed the plan of the state to acquire drones anytime the Federal Government decided to give the go-ahead for the licence.

Ortom, who disclosed this through his Special Adviser, Col. Paul Hemba (retd.), described the decision of the Federal Government to allow the appropriate agencies to issue the drone licence as a welcome development.

“The state will surely apply for the drone licence anytime the Federal Government approves the issuance of the licence.

“Although I have not heard nor read the Federal Government’s decision to issue the drone licence, Benue will surely apply,” he added.

On the state’s plan for the proposed drone initiative, the Special Adviser on Security Matters to the Ekiti State Governor, Brig. Gen. Ebenezar Ogundana (retd.), said the state would look at such possibility after due consideration of the cost and the benefits.

Ogundana, who explained that although drones owned by the military were catering to the strategic needs of Ondo and Ekiti states, stated that the drone licence initiative was just emerging.

He said, “We would sit down and actually analyse the situation, the cost implication, the advantages and disadvantages, we will now decide whether we are going to key into that arrangement.”

On his part, the Enugu State Commissioner of Police, Suleiman Balarabe, said aerial surveillance would be used to monitor forests in the state.

The police commissioner said this on Friday after a security meeting following the killing of a Catholic priest in the state by suspected herdsmen.

The state police boss, who read the resolution of the meeting, said, “The state government also resolved to have aerial surveillance in all the forests that these dastardly incidents are taking place.”

When contacted on the matter, Kaduna State, one of the states which The PUNCH had reported had applied for licence for a drone, declined to comment.

The state Commissioner for Internal Security and Home Affairs, Mr Samuel Aruwan, described the enquiry as a security matter.

“What you are asking is clearly undermining and compromising security of our citizens and we cannot compromise their security on the pages of newspapers. No comment,” Aruwan stated in his response.

Anambra discontinues use of drone

But the Anambra State Government said it had discontinued the use of drones for the surveillance of criminals. It explained that in place of drones, the state occasionally hired police helicopter for aerial battle against criminals.

YOU MAY ALSO LIKE: Minor, others arraigned for stealing N2.7m church offering

Speaking with The PUNCH on the telephone on Friday, the state Commissioner for Information and Public Enlightenment, C-Don Adinuba, explained why the state discontinued the idea of using drones for security.

“One is the lifespan of the battery and the image generated by the device,” he said.

“Like the states of the South-West have always maintained, the menace of insecurity has assumed such a frightening dimension that requires a commensurate strategy to tackle.”

Meanwhile, Alhaji Abubakar Dauran, the Security Adviser to Governor Bello Matawalle of Zamfara State, said the state, which had witnessed some of the most deadly and persistent attacks in recent times, did not need drones.

“The state does not need any drone at the moment considering the fact that the activities of bandits are almost controlled as a result of the peace accord between the government and the bandits,” Dauran stated.

But the Akwa Ibom State Government said there were no security threats in the state. The state Commissioner for Information, Charles Udoh, said, “I don’t like commenting on issues of insecurity; there is no insecurity in Akwa Ibom. We are focused on development and how to ensure all communities in the state get the basic necessities of life; that is the plan of the government.”

The Permanent Secretary in charge of security in the Cross River State Governor’s Office, Sir Alfred Mboto, said, “Normally when you want to buy any security equipment, you have to apply through the National Intelligence Agency. I don’t know whether another agency will handle the application for drones. I will liaise with the Chief Security Officer on the issue.”

Meanwhile, the South-East Governors’ Forum said each state in the zone would form its forest guards to ensure that criminals, who infiltrated into the zone, were fished out.

The governors also disclosed that in the planned security measure for the zone, the guards would not carry arms but would work with security agencies to achieve the desired results for which they were being set up.

The Ebonyi State Governor, David Umahi, who is the chairman of the Forum, spoke through his Chief Press Secretary, Emma Uzor, in an interview with one of our correspondents in Abakaliki.

The CPS said, “They are not going to bear arms. They are going to be pure civilians and they will be going into these forests with security agents such as policemen, men of the Nigerian Army, operatives of the Department of State Services and others who will provide security cover for them while in the bush.

“Every state will have its guards, but there is going to be a coordinating security committee to be headquartered in Enugu, the capital of the defunct Eastern Region.”

He noted that each state in the zone was expected to gather intelligence and forward same to the committee in Enugu, whose responsibility would be to process it and send to security agencies for necessary action.

He further revealed that the guards in collaboration with security agents would comb the forests in their different states twice or thrice daily.

He said each state in the South-East was at liberty to commence the exercise as soon as it could, adding that arrangements were already ongoing to start enlisting trusted Ebonyi youths into the planned programme.

According to him, states in the geopolitical zone are embracing what the Federal Government is doing by clearing 50 metres into bushes on major highways to ensure there is no hiding place for criminals.

“The essence is to checkmate the infiltration of foreigners who are not Nigerians that illegally come into the country as herdsmen and others.

“Their (forest guards) mode of operation involves traversing all the forests in each state within the zone, twice or thrice daily, to fish out criminals,” he added.

Copyright PUNCH.
All rights reserved. This material, and other digital content on this website, may not be reproduced, published, broadcast, rewritten or redistributed in whole or in part without prior express written permission from PUNCH.

‘In times of crisis, speed and accuracy of drones perfect for medical purposes’, says founder of Indian Drone Academy, HyderabadUncategorized 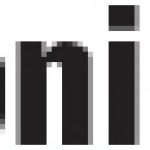