THE Guyana Defence Force (GDF) is set to benefit from five high tech, long endurance drones to the tune of $180M, which will significantly enhance the security of the country’s borders, maritime space and coastland, the Ministry of the Presidency has said.
Minister of State, Dawn Hastings-Williams, on Wednesday afternoon, attended a demonstration of one of the drones at the Force’s Base Camp Ayanganna Headquarters, to get a first-hand view of its capabilities. She was accompanied by Minister of Public Security, Mr. Khemraj Ramjattan, and Attorney General and Minister of Legal Affairs, Mr. Basil Williams.

The drone can fly for about five hours without pay load. With pay load, it can fly for 2 to 4 hours. Additionally, it has the ability to manoeuvre small spaces, hover, and track targets while boasting collision-avoidance technology. The cameras attached are high quality and can identify targets from long distances, identify targets using infrared technology in the nights and can also assist in search and rescue operations by identifying objects and persons in water.

Back in October 2016, Ramjattan had told a news conference, hosted by the Alliance For Change, that the United States Government had committed to helping Guyana bolster security at its borders, with possible airplane surveillance and drones. That, he said then, was necessary as Guyana grappled with the trafficking of small arms and drugs from neighbouring Brazil. Ramjattan told the news conference that, at a Caribbean-United States (U.S.) Security Cooperation dialogue, held at the Washington State Department in Washington DC, in that same month, he had presented Guyana’s ‘border security’ issues as a major concern, especially with the high prevalence of drug and gun-related crimes at the southern side of the border near Brazil.

He said as a result of his submission during the dialogue, the U.S. government made a commitment to strengthen collaboration with this country to combat gun-running and the drug trade through the possible installation of high-profile technological equipment, and professional preparation of those employed in the security and judicial sectors. “I did identify ‘border control,’ because more and more the evidence was that, from Brazil, we were having more small arms– Taurus pistols coming in… we also had some eyes in the Brazillian territory…it needed more surveillance, but the surveillance there would be expensive because that more or less will have to be probably airplanes,” Ramjattan stated back then.

The minister said, too, he had asked the U.S. State Department for help, through providing airplane surveillance or drones that could go 100 miles and back with its location being at a sub-command centre likely to be installed at Lethem. The U.S. also suggested some other equipment they can utilise through satellite imagery. “… but these are expensive things. But in the exercise of trying to stop drugs and trying to stop firearms entering Guyana, if all of that is what we would require they have made a commitment that yes, there will be assistance in that regard.”

He had said he was particularly pleased with the promise by the U.S. to help secure Guyana’s southern border with Brazil with the installation of necessary high-profile equipment that can capture and record criminal activity from that end. Ramjattan said this move has come at a time when it has been recognised that the gun and drug trades are prevalent at the Guyana-Brazil border. “…The Colombians and Venezuelans and those who are involved with the narcotics trade from Brazil and other Latin American countries, they’re now using Guyana as a condo, and they have been doing so for some time,” Minister Ramjattan said.

He backed up his statement by pointing to the several strange airplanes that have been discovered in various areas in Guyana’s hinterland, adding that government has received information that there had been many other planes used in the international drug trade between Guyana, Europe and North America. “And now we know they do drop-offs and then it is brought to Georgetown, put in containers, and that is how Guyanese containers with rice and a whole lot of things are being caught in other countries with the cocaine.” He said Guyana has been applauded by the U.S. government for doing a “tremendously good job” in its recent efforts to destroy the drug trade, with the Customs Anti Narcotic Unit (CANU) and the Guyana Police Force (GPF) Narcotics Unit intercepting several persons attempting to traffick drugs. 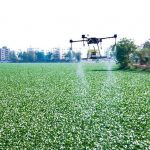