How drones are changing the way emergency responders work

MURFREESBORO, Tenn. — When a tractor-trailer carrying chlorine pool tablets crashed and caught on fire on Interstate 24 in Rutherford County in December 2016, emergency personnel weren’t able to get close enough to assess.

“It was so dangerous, and we weren’t really sure what we were dealing with,” said Cody Smith with Rutherford County Emergency Medical Services, “and we couldn’t wear hazmat suits because they’re not flame resistant.”

A couple of hours into the event, firefighter Jeff Clemente showed up and allowed the team to use his personal unmanned aerial vehicle — commonly known as a drone — for a flyover. The drone was just what the team needed.

“We flew in and got some great footage. We saw that the actual hazardous material wasn’t burning anymore,” said Smith.

Since then, EMS has purchased its own drone system with allotted funds and each shift has a trained pilot on staff, Smith said. And there are plans to add a drone with night vision and thermal imaging capabilities, he added.

“The drone is an invaluable tool,” Smith said.

What was once viewed as a toy has turned out to be useful in a variety of industries, from emergency agencies to real estate brokers and even farmers.

“Drones are more sophisticated than you might think,” said Lana Axelrod, who heads up Middle Tennessee-based UAV Coach alongside her business partner and husband, Alan Perlman. “And they are a really great tool for getting a camera up in the air with which you can capture data, images and video.”

In the coming days, the Rutherford County Geographic Information Systems team will use the technology on a trip to the Sevier County Solid Waste Compost Plant in East Tennessee. The project is headed up by newly elected County Mayor Bill Ketron, who wants to explore bringing that type of facility here.

“We’re planning to take a couple of unmanned systems out there to get some 3D imagery and get some video of the operations center there so we can learn more about it and bring information back to commissioners who may not be able to attend, or to our citizens to evaluate whether or not Sevier County’s operations might be useful in Rutherford County,” said Brian Robertson, chief information officer for the county.

While some models in the hobbyist range can be as cheap at $50, the more advanced systems cost into the thousands, Axelrod said.

Learning to fly a drone can be tricky, especially with the more technologically advanced models, Axelrod said. And the more advanced the system, the more expensive it gets.

“So you want to protect your investment and learn how to operate it, and you want to learn how to safely operate these things. They are flying lawnmowers. Those propellers are very sharp,” Axelrod said.

There are plenty of video demonstrations of how the blades are sharp enough to turn the drone into a game of “Fruit Ninja,” she said.

Right now there are gray areas in the industry when it comes to personal use. But professional use is more regulated.

“The FAA has authority over air space … but people are worried about privacy. Nobody wants (a drone) in their backyard,” said Axelrod, who encouraged hobby users to be mindful and courteous about when, how and where the drones are used. “It’s never a bad idea … to talk to your neighbor … and explain what you’re doing.”

“Because it’s a relatively new industry … we don’t have standards in place. … Who knows, maybe (the industry) will get there. … It’s definitely needed. … (Drones) are a serious machine,” Axelrod said.

Axelrod said the mission of UAV Coach is to educate people how to be smart and safe and “not create a bad name for the industry.”

The county’s GIS team plans to continue improving its program capabilities and use with training and education, said Robertson.

How a tech pioneer from Salford almost invented FacebookUncategorized 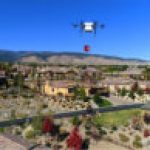