That philosophy led to the founding of Airobotics in 2014. The company has developed a pilotless drone that self-deploys, using robotics to handle chores like changing the battery and various components. No human intervention is needed.

The result is a robotic drone whose popularity is soaring so quickly that the company’s biggest challenge is making them fast enough to fulfill demand. As its next step toward expanding its research, development, and manufacturing, Airobotics announced today the opening of its U.S. headquarters in Scottsdale, Arizona.

Airobotics, which has 250 global employees now, intends to hire up to 80 more in Arizona by the end of 2019. For now, that will complement the company’s offices in Australia, and some operations in Chile and New Caledonia. But the company also said that eventually the Arizona site will become its global headquarters.

The choice of Arizona was far from a random one. Airobotics’ biggest market today is the mining industry, which uses its drones for surveillance and data gathering. BHP, one of the world’s largest mining companies, has extensive operations in Arizona and will become Airobotics’ first customer in the U.S. And company officials also said Arizona regulators are willing to work with them on developing rules to enable drones to fly beyond the operator’s line of sight, a thorny issue around the world that still limits the deployment and use cases of drones.

That approach to partnering with regulators has been a cornerstone of Airobotics’ strategy from the start, Krauss said in an interview.

“Regulation has always been one of the drivers and challenges for this technology,” he said. “When we started Airobotics, we went to regulators in Israel to see what was possible. We work side-by-side with them. Before we develop anything new, we see what they think and how we can make it work.”

The result of this approach is a drone that can land on platforms where robotic arms change batteries, unload cargo, or modify the drone for tasks such as transport or security. The software allows companies to pre-program routes and tasks, as well as schedule deployment and landing. Once the drone lands on the platform, it descends into the container, where it remains protected until the next mission.

As with much of the drone industry, Airobotics has shifted to focusing on commercial uses. Besides mining, Krauss said its drones are used by factories, paper mills, solar fields, and oil and gas operations.

The economics for many of these industries are compelling. The cost of sending up crews in helicopters, or driving long distances in trucks, can be high. But the drones do more than save money — because they can fly far more frequently, users can gather greater amounts of data, which they can use to better adapt and improve their operations, Krauss said. In one study, mining companies in Israel, Australia, and Chile increased productivity 25 percent.

That has given Airobotics the momentum it has ridden into today’s Arizona announcement. The company has raised a total of $71 million in venture capital. And looking ahead, Krauss said its biggest challenge now is scaling a complex and sophisticated manufacturing operations to meet demand.

“The problem is for us to be able to get to them built fast enough,” Krauss said. “Each drone system has 31,000 parts. That’s more than a car. It’s difficult to build and difficult to test and difficult to ship. That’s the real bottleneck for us.” 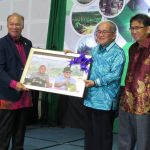 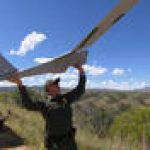