Johnston authorities’ use of drone to locate stolen property questioned

Smithfield, N.C. — Drone video of stolen property led to an arrest in Johnston County, but the American Civil Liberties Union is questioning whether authorities had a search warrant to fly the drone over private property.

According to warrant to search property along Woods Crossroads Road in Dunn, Benson police passed along a tip about stolen construction equipment to the Johnston County Sheriff's Office, which flew a drone over the property last month to locate the equipment.

Nolan King Knittle, 37, was later arrested and charged in the case.

Under North Carolina law, law enforcement can use drone surveillance over public property or over private property if it's an area within an officer's plain view. They also can use a drone if there is a threat of immediate danger or if they think a suspect will escape or destroy evidence.

But if they need to fly over private property out of plain view, law enforcement usually needs to obtain a search warrant first.

"The commonsense solution the courts and people generally agree on is that, if they have reason to believe that they need to conduct a search, they should go to a court and get a warrant from a judge to get permission for that search," said Mike Meno, a spokesman for the North Carolina ACLU. "This is especially important when we're talking about such advanced technology like drones that can really expand their surveillance."

"This technology is prone to abuse, and if there aren't strict guidelines of how it's used, we can go into really dangerous territory where law enforcement can fly drones over people's property and conduct fishing expeditions just to see what you're doing," Meno said. 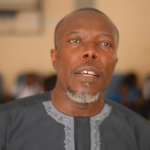