LG Spain helps reforest national spark with drone and smartphone technology Monday 8 July 2019 | 09:41 CET | News LG Spain announced that it’s using drone and smartphone technology to help bring Alto Tajo Natural Park in Guadalajara to its former glory after suffering one of the worst wildfires in its history a few years ago. As part of its LG Smart Green project, the company teamed up local startup CO2 Revolution to devise a plan involving a high-tech drone, an LG G8 ‘Smart Green’ smartphone and a LG gram laptop.

The process involved capturing information during the drone’s scanning flights with the smartphone. The data and images were then uploaded to the LG gram laptop which used advanced software and a specially designed algorithm to identify optimal locations to disperse the seeds. Then a CO2 Revolution pilot flew the drone to the target sites using the phone and laptop to plant the seeds.

LG has planted approximately 2 million seeds throughout Alto Tajo Natural Park since March, from which 1.5 million trees are expected to grow. Another 500,000 trees were planted by organisations and individuals involved in the LG Smart Green project. The company has also launched a campaign under the hashtag #UnaPersonaUnÁrbol (One Person, One Tree) with the goal of seeing 47 million new trees by 2030.

Free Headlines in your E-mail

Every day we send out a free e-mail with the most important headlines of the last 24 hours. 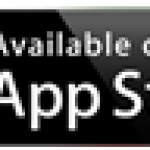 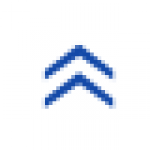