Location-Based Virtual Reality Is the Next Big Bet for Movie Theaters, Malls

The spiders are everywhere. Hundreds of them are crawling all over barely lit brick walls and ceilings. Soon, you start to feel them on your neck and arms. You try to shake them off, hurry around the corners of the dark catacomb — only to find yourself eye to eye with a giant sea serpent lunging out of the water, ready to attack.

Your heart starts racing, and for a second, you forget that none of this is real. The dragon, the spiders and the mysterious catacomb and its ghostly inhabitants are all part of an elaborate virtual reality experience called “Curse of the Serpent’s Eye.”

Built by VR start-up The Void, “Curse” is premiering next month at the company’s headquarters in Lindon, Utah, where visitors are being asked to put on helmet-like VR headsets, special haptic feedback vests and computers integrated into backpacks.

Without any cables tying them down, users are free to explore a set that measures close to 700 square feet and combines a virtual world with real walls, doors, tangible props and good old imagineering tricks, like fans blowing hot air whenever the display in your headset shows fire. And you can do all of this with up to three friends, so you won’t be the only one screaming when you feel those spiders.

“You just do what you normally do,” explains The Void co-founder and chief visionary officer James Jensen, whose previous career stints include mobile game design and tech work for the Mormon Church. “Walk around, explore the world, use your real hands, grab items, touch stuff,” he advises.

The Void was originally supposed to become a massive 21st-century amusement park in Utah. Then VR happened, and the founding team realized that you didn’t need a couple square miles of land to build intricate worlds anymore. The company debuted its first commercial VR experience at Madame Tussauds in New York’s Times Square a year ago and has since launched locations in Toronto and Dubai, where “The Serpent’s Eye” will be shown as well.

The company has struck partnerships with shopping malls, theme parks and movie theaters to open dozens of additional locations in Los Angeles, New York, Florida and abroad in the coming months. Eventually, it wants to run experiences on thousands of stages around the world.

In many cases, these will fill a void left by declining movie ticket sales and a crisis in retail, maintains The Void CEO Cliff Plumer: “Whether it’s a theme park or shopping mall or movie theater, they are losing audience. They are looking for the new attraction.” And Plumer, like others, is betting that VR can be that fresh lure — plus a big cash cow for Hollywood.

The Void’s first commercial experience was a VR adaptation of “Ghostbusters,” which the company produced in partnership with Sony Pictures. Behind the scenes, the company is already working on other titles based on big movie franchises. “The studios are looking for new revenue streams,” Plumer says. “We have one, and it’s one that’s easy for them to relate to.”

Studio execs are clearly on board with the format. “We believe that location-based VR will be the way that many people experience virtual reality for the first time,” says Salil Mehta, president of 20th Century Fox’s innovation unit, FoxNext. “It’s an incredible opportunity for us to create industry-defining immersive experiences that can’t be replicated in your living room.”

FoxNext is developing a location-based “” VR experience; Fox has also invested in Dreamscape Immersive, one of The Void’s competitors.

Paramount unveiled a location-based VR experience for Michael Bay’s “Transformers: The Last Knight” at select theaters in June. And decided to come along for the ride with The Void, adding the company to its most recent batch of Disney Accelerator start-ups. 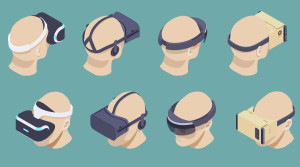 Virtual Reality Projected to Become a $7 Billion Business This Year

“We’ve heard over and over from film studios that location-based is becoming part of their strategy moving forward,” says Doug Griffin, chief executive for Nomadic, a Bay Area-based location-based VR start-up. That enthusiasm partially can be explained by the slower-than-expected growth of home-based VR. Facebook-owned Oculus, which many pegged as a market leader, sold only a few hundred thousand headsets in 2016. The same goes for competitor HTC. Sony took nine months to sell 1 million of its PSVR headsets.

“We’ve all seen that the audience hasn’t shown up yet,” says Plumer, who was an early investor in Oculus. “The in-home experience, the mobile experience, is probably still three to five years away.”

Part of this is the result of VR sticker shock. Prices for headsets have come down recently, but anyone interested in a higher-end VR solution still needs to invest around $1,500 for a headset and the latest-generation computer necessary to run it. That’s why some are betting on VR arcades as a way to experience virtual worlds without spending an arm and a leg.

One of those players is Imax, which opened its first VR experience center in Los Angeles in January. Imax’s model differs from that of The Void in that it doesn’t focus on just a single, big virtual world. The company’s VR centers instead house a number of pods, or smaller VR setups with wired headsets that are closer to home-based VR installations, without the complicated equipment used at The Void. The Imax VR center often runs experiences available to headset-owning consumers as well.

Imax launched a second location in New York last month. Now, the company is looking at Toronto; Manchester, England; and Shanghai. Imax chief business development officer Rob Lister tells Variety the giant-screen firm plans to run a total of 10 locations by the end of the year. “We’ve been really, really pleased with the start,” Lister says, with audience numbers continuing to exceed expectations.

Later this year, Imax is going to crunch more numbers and evaluate whether location-based VR could be the next big thing for the company, which operates more than 1,000 theaters in better than 66 countries. Many of those theaters could one day include their own VR arcades, giving people another reason to come to the venues, and thus help boost ticket sales. Says Lister: “We are off to a very promising start.”

Imax is using its soft launch this year to experiment with locations: It’s debuting stand-alone properties as well as VR arcades in movie theaters, with technology that includes higher-end headsets than those available to consumers, rumble chairs for virtual roller-coaster rides, gun-shaped VR controllers, and social integrations for multiplayer gaming. And the company is “actively looking” at bigger, more Void-like setups that would allow users to walk around freely, Lister says.

In the end, though, Imax is targeting franchises, not hardware, to lure consumers. “Content is a really big part of our differentiation strategy,” says Lister. The company has launched a $50 million fund to invest in VR games and experiences, in turn getting exclusive windows and other special perks from developers. Ultimately, the deals might appear similar to those in the company’s theater business, explains Lister, where Imax regularly partners with directors for optimized versions of their movies.

Joining Imax, Nomadic, Dreamscape and The Void are a number of other location-based VR companies including Vrcade, whose technology is being used by restaurant and entertainment franchise Dave & Buster’s.

But VR-focused market research firm Greenlight Insights cautions that location-based VR could be hampered by a lack of content, as well as by technical challenges. And others argue that VR in movie theaters and malls may lose its luster once home-based VR improves.

However, Jensen doesn’t believe that better and cheaper headsets will make location-based experiences like the ones produced by The Void obsolete. “That would be a little bit like saying one day, people will build roller coasters in their home. It’s just not going to happen.”

Still, there are operational challenges that come with taking VR to public venues. Companies like The Void have to strike a balance between providing deeply immersive experiences and theme park ride-like efficiency, which requires them to gently nudge consumers along so they don’t spend too much time in an experience. In Nomadic’s current demo, an invisible guide tells participants to hurry before they’re killed by flying drones. The Void’s “Ghostbusters” experience literally ends with a big bang as participants blow up a giant marshmallow monster, accompanied by the smell of s’mores.

Another challenge is pricing, especially since the main action rarely lasts longer than 15 minutes. The Void charges around $30 per person for its experiences, which can make frequent visits a pricy proposition. Imax, on the other hand, sells access to its less elaborate experiences for as little as $10. Nomadic’s Griffin thinks lower prices are key to taking location-based VR mainstream. “We want to bring this medium of entertainment to neighborhoods everywhere,” he says. “We don’t charge a price that is out of reach for those smaller neighborhoods and communities.” 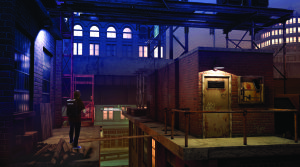 Griffin also wants cheaper prices because he sees Nomadic VR centers as more like movie theaters than theme parks. People are supposed to come back every few weeks and experience new content frequently. To achieve that, the company has been building highly modular sets with easily movable walls and props that can be quickly repurposed to support new experiences — a kind of Lego for VR sets, if you will. “We want our venue partners to have very little downtime,” Griffin says. “When they switch from one experience to the other, they should be able to do that very quickly, without having to hire construction crews, without having to shut down for a month.”

The Void, meanwhile, is betting more on its ability to tweak existing experiences over time to make them feel fresh for repeat visitors. “We will have long-lasting experiences,” Jensen says. “You look at ‘Ghostbusters’ in New York Times Square. That could exist there for 10 to 20 years.”

The start-up is building a content pipeline to eventually offer new experiences every three to six months in some of its locations, but it’s also looking to get people to return by other means. Key to these efforts is developing a mobile app that will allow consumers to design their own avatars at home and forge a persistent profile.

“We want to create an engagement with The Void even when you’re not there,” Jensen says. Consumers will be able to download videos of their past visits and collect points and virtual items for their avatar. At some point, The Void may even enable consumers who visit an experience to interact in real time with their friends at home, he says.

The success of location-based VR hinges on content and the possibilities it offers consumers. This could include virtual worlds based on Hollywood movies, catacombs full of monsters and spiders, strolls over the surface of the moon or things as simple as extreme sports, Jensen says. “Deep-sea diving: I’d love to do that, but it’s probably not ever gonna happen for me. I have kids. I have a family. And I don’t want to risk my life,” he quips. “We’re just scratching the surface of what we can create.” 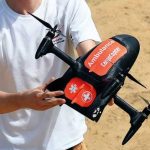