‘Minority Report,’ 15 years on: The tech it got right and wrong

When "Minority Report" hit theaters on June 21, 2002, it arrived to an America — and a world — that feels equal parts familiar and alien. We were less than a year into a post-9/11 climate of increased surveillance and color-coded terror alerts. But smartphones, social media and cloud computing were only at their most nascent forms: the iPod and Windows XP were less than a year old, after all.

The film, in which police use psychic "precogs" to arrest people for crimes they haven't yet committed, was based on a Philip K. Dick short story from 1956. But it was set in the year 2054. Tom Cruise, as head precrime cop John Anderton, ends up getting framed for one such future crime. But "Minority Report" was always, in a way, about the future as viewed through the past.

That's good to keep in mind as you experience Steven Spielberg's film 15 years later. "Minority Report" was part of a wave of dark, dystopic Spielberg movies: "AI" arrived the year before; "War of the Worlds" and "Munich" followed in 2005. Even "Catch Me If You Can," which hit theaters just months later, reflected aspects of Minority Report's themes: escaping identity, running from authority.

Your browser does not support the audio element.

During preproduction, Spielberg convened an "idea summit" (as Wired reported back in 2012), where a group of futurists mapped out ideas for technologies and trends expected by the time of the film's mid-21st century setting. It paid off in a big way: "Minority Report" is a touchstone for "the future" in a way few other films are, with a look and feel that still haunts TV shows and superhero movies to this day.

We're only a third of the way from the film's release date to its setting of 2054. But here's what the film already gets right — and wrong — about life in the future. Listen to our whole podcast on the topic, too, where Jeff Bakalar, John Falcone and I debate the effectiveness of the film like three precogs in a vat.

25 All the ways 'Minority Report' predicted the future

Every screen in "Minority Report" seems to be semi-transparent: this vision of translucent displays kicked off a trend seen almost everywhere in films now. True enough, OLED displays can be curved, and even be transparent. Gesture controls, meanwhile, have come and gone (see the Wii and Microsoft Kinect), but lots of touchscreen tech has adopted similar pinch and swipe gestures. And VR and augmented reality are starting to explore similar gesture language … so stay tuned!

Fifteen years ago, self-driving cars seemed pretty far-fetched. Not anymore. The film's self-driving vehicles, however, are bonded to a city-wide series of electronic tracks. It's reminiscent of some of Elon Musk's mass transit ideas, but these cars go right up the side of skyscrapers, to individual apartments. There are also, oddly, a whole different set of cars that don't ride electronic paths, and look more traditional: that Lexus that Tom Cruise escapes in after it's conveniently built in the automated factory.

In the 2054 of "Minority Report," we'll be able to relive our memories via 3D projections. Cruise's Anderton uses a home system to play back videos of his son from tiny little discs. We have augmented- and even mixed-reality headwear now, so this isn't far from our 2017 reality. 360-degree cameras can even achieve some of the reality-capturing of Anderton's memory gear. The 3D projections in his apartment don't require a headset. Then again, that's another 37 years from now.

Smartphones are completely absent from "Minority Report," but many people wear small all-in-one headsets and earpieces that look suspiciously like single-ear versions of PowerBeats headphones — except for the Nokia branding. One operative wears what looks like Google Glass. We already have AirPods and plenty of wireless earbuds. We could, eventually, move to a post-phone world as ambient and always-connected homes and screens make them obsolete. The jury's still out on this.

Little eye-scanning spyder robots skitter around like mice. Right now, in 2017, we have plenty of drones instead. It will take a lot for the public to accept hordes of eye-scanning bugs, but it's a bit of a miss how the film doesn't have many flying drones.

Washington's precrime-hunting police have their own personal jetpacks. Sounds totally outlandish? Check out JetPack Aviation or these stuntflyers in Dubai before dismissing it as sci-fi.

Way too much physical media

There are little minidiscs everywhere, from Anderton's home-based video player to the video records the precrime operatives use in their office. There are also giant slabs of glass that files seem to live on. Nothing, here, seems to live in the cloud. Then again, we still use microSD cards. in another 37 years, maybe, important files will stay local? But by then, everything should be flying around wirelessly … like it mostly is now.

Perhaps the best vision of our future (or present) that "Minority Report" offers is its all-seeing world of eye-scanning subways, ads, store windows and cars. When Anderton becomes a wanted man, the entire world turns against him. The idea of ads targeting and tracking individuals is already old news in 2017, but the idea of cameras with facial recognition that can spot people and track them — just like in the movie's version of The Gap — is starting to come of age.

Computer vision, and camera capabilities for even iris scanning, are starting to become very real. There are cameras that give you fashion advice, or keep an eye on your home. Soon, phone cameras may be better assistants, too. Amazon's test convenience store lets you walk in and out, automatically using facial recognition and automated cameras to charge your account. Will the company supersize that concept now that it's purchased Whole Foods? Stay tuned.

Spielberg's next sci-fi: "Ready Player One"

Meanwhile, we can always wonder what Spielberg's 2018 adaptation of "Ready Player One" will imagine. The book is set in 2044, 10 years earlier than "Minority Report" — but the movie has 16 or so additional real-world years of tech to build upon. We can't wait.

Batteries Not Included: The CNET team reminds us why tech is cool.

CNET Magazine: Check out a sample of the stories in CNET's newsstand edition. 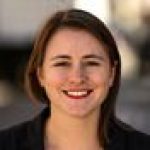