MOUNTAIN VIEW (KPIX 5) — Mountain View residents will soon get to weigh in on whether they think the city’s fire, police and public works departments should use drones for city business.

“These drones have saved lives when people go missing out in the woods, in certain wildfire situations,” said Armin Monajemi who is a chief drone pilot at a Bay Area start up. “Using drones, you could easily see someone’s backyard; and the laws, the way they’ve been written in the past, we didn’t have drones, we didn’t have aerial imagery.”

During a presentation to the city council earlier this year, the police staff said the drones could help them with suspect or missing persons searches, as well as measure accident scenes. The fire department wants to use them during fires, mass casualty and hazmat incidents and natural disasters.

The public works department also said the drones could benefit them for roof, gutter and tree inspections, as well as environmental assessments.

If passed, Mountain View would join the list of growing Bay Area counties and cities that use drones, including the San Jose Fire Department, the Alameda County Sheriff’s Office and the Menlo Park District Fire Department.

Monajemi said the drones have been proven to aid in lifesaving situations, but rules need to be defined to prevent an invasion of privacy.

At the April city council meeting when the drones were first presented, a couple of residents and city council members expressed their concerns over privacy issues, such as how far the drones would be used and how the video would be collected and stored.

Police said they’re aware of the concerns and insisted they would adopt rules that the American Civil Liberties Union has suggested, including prohibiting the use of the drones for random surveillance.

Dave Wang, a Mountain View resident, said he supports the drones because the pros outweigh the cons.

“I think, in general, I’m certainly supportive of drones, I think we need to be mindful of certainly privacy,” Wang said. “I think the benefits and the potential benefits across the board from housing inspections, the efficiencies gained, saving lives, I’m a big, big believer in the pro category as long we’re mindful of the privacy issues.”

B.C. Corrections looks at how to prevent contraband drops by dronesUncategorized 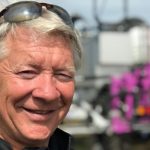