The National Science Foundation (NSF) and U.S. ignite, an organization seeking to drive broadband availability and use across the country, announced the awarding of the grant at an event Wednesday afternoon. Officials said they expect the project will be a magnet in attracting talent.

The grant is the third made to drive 5G utilization, a much-faster form of communication and data delivery than current 4G networks. 5G is seen as being the network with the capacity and speed to link the growing Internet of Things world, from smart cars to sensors on all manner of devices.

“We don’t feel our job [in Raleigh and Durham] is complete until it is in use,” added NC State Chancellor Randy Woodson. “NC State is committed to groundbreaking research that benefits our communities. We’re excited to work with our public and private partners to advance wireless communications and drone interaction.”

Major service providers such as AT&T, Verizon, Sprint and T-Mobile are in the process of deploying 5G networks with some trial availability already available in the Triangle from AT&T. Other grants have been made for projects in New York City and Salt Lake City as part of a $100 million program.

Wake County already has been selected as a test bed for a variety of drone tests for delivery such as medical supplies and food products with the support of the FAA.

Cary’s mayor “at large” Lori Bush said this project is “all about our connectedness and our smart city initiatives.”

NCSU is to lead the project with test sites selected for Raleigh and Cary. Others will be added later, NCSU notes.

Organizers of the NSF project foresee following examples of 5G and drone connectivity:

Other partners in the project include: 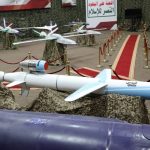