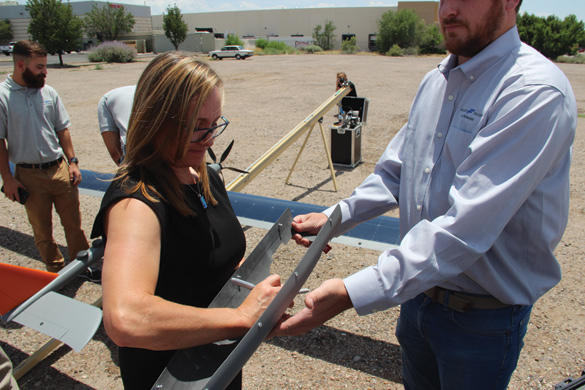 DHSEM has acquired two unmanned aircraft systems that will be used throughout New Mexico to support all aspects of Homeland Security and Emergency Management including risk emergency mitigation, preparedness, response and recovery.

Specifically, these drones will be able to fly in excess of 10,000 feet to identify the scope of large incidents on the ground, such as wildfires, floods, pre-event mapping, humanitarian support and locating migrants transiting open stretches of desert. Its’ response mission also will support public safety search and rescue.

The unit signed today will have a wing span of 10 feet and will be able to remain airborne for several hours, day or night. On its fuselage, cameras will be mounted to feed still and video images, and vital data to ground personnel who will use that information for lifesaving and security operations.

This project is a solely New Mexico cooperative government and public-private venture. NM DSHEM is purchasing the two UAS systems through the largest women-owned business in the state, Wildflower Corporation in Santa Fe. Silent Falcon, Inc. manufactures the custom unmanned aircraft systems at its facility in Albuquerque.

Both companies have launched a cooperative agreement to work together to satisfy the continual demand for unmanned aircraft system to government and the commercial sector worldwide.

Now in its 27 year of operation, Wildflower began as a home-ground federal procurement business in Glorieta, by its President and New Mexico-native Kimberly deCastro.

She is also a member of the Board of Directors of Silent Falcon. Wildflower’s technical involvement in the Silent Falcon’s UAS program includes designing data transmission and communication systems between the aircraft and ground personnel. Her information technology company serves multiple federal government agencies.

Silent Falcon holds an FAA 333 Exemption Certificate, and has received NASA’s Airworthy Statement to engage in unmanned traffic management. It is also certified by Transport Canada for special operations.

“This cutting-edge technology allows us to better address the safety and security needs of New Mexicans and all who travel to our state.” NM DHSEM Cabinet Security Jackie Lindsey said. “Our drones allow the Governor’s Department of Homeland Security and Emergency Management to determine the scope of incidents from the air and more immediately coordinate response and recovery.” 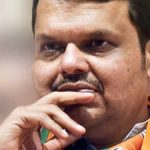