POLICE are set to introduce drones capable of using thermal imaging and high-definition cameras as part of a crime crackdown, it can be revealed.

Hampshire Constabulary says it will begin a pilot scheme to test the use of drones in the county in "reactive and pre-planned situations".

Situations the drones can be used in situations including missing people searches, responding to major incidents, capturing aerial crime scene images, at car crashes, and for policing large public events.

He said: “We are launching a proof of concept to look at the effectiveness of using drones as an operational tactic for officers in the two forces.

“We will look at how drones can assist in a variety of overt policing situations with a view to rolling out the use of drones in both forces permanently, should the pilot be a success.

“This is an exciting opportunity for both Forces, which will mean officers can get an aerial view of large areas in a short periods of time, so their use should really assist with finding offenders suspected of crime or disorder and, missing people in large open expanses or wooded areas, providing live feeds for officers at major incidents or football games and protests and many other applications.

“Both Thames Valley Police and Hampshire Constabulary are committed to using technology to fight crime and make the public safer and hopefully the use of drones will be another tool available to do this.”

The drones, made by Yuneec, are set to be introduced next month.

They have six engines and a variety of camera equipment, and can be flown up to a maximum height of 400 metres.

In total Hampshire Police will have three drones, and 34 drone operators have been trained across Hampshire and the Thames Valley. 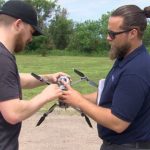 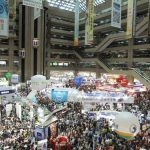 Indigenous anti-radiation drone to be exhibited at TADTE – TechUncategorized