Drones could follow yobs back to their homes as part of a new police trial to tackle crime and anti-social behaviour.

Greater Manchester Police is forming a new drone unit and is currently training officers to use eye-in-the-sky technology to thwart crooks.

The airborne devices will be used to photograph offenders and could even track them to their home address – potentially leading to evictions for serial wrongdoers.

Supt Chris Hill said: "We are looking at utilising new technologies in order to aid frontline policing and safeguard communities.

"As part of this we have trained pilots who are trialling the use of drones to support frontline policing. We will make the public aware of any further developments when we are able to."

News of the police's new aerial initiative was announced at a Police and Communities Together (PACT) meeting, in Middleton on Wednesday night.

And long-suffering neighbours revealed that plans were now in the pipeline to use drones to identify offending riders and other troublemakers in the area.

The scheme is being 'fully supported' by Middleton Township, and ward Councillor Phil Burke says it will be working closely with GMP to ensure the project comes to fruition.

Coun Burke said he welcomed anything that would reduce off-road bikes coming into the Middleton area – particularly Bowlee..

He said: "We will use any deterrent and work in partnership with GMP and the off-road bike team.

"Once we identified bikes we will take proactive action, take bikes away and deal with the culprits. We need to send a clear message out to people that it will not be tolerated in our communities – the causing of mayhem and upset to local residents."

Speaking after the meeting Coun Burke said the use of drones would open up a new dimension in the battle against anti-social behaviour – adding that persistent offenders could face serious consequences under their tenancy agreements.

He said: "You can't see it, you can't hear it but the drones will identify the bikes and follow them back to the address, where the police can seize them and take the appropriate action on individuals – and this is fully supported by the the council."

Lancashire firefighters used drones to assess the damage on Winter Hill after the moor fire earlier this year.

Police and council chiefs believe this approach could also be used to tackle other forms of anti-social behaviour and public nuisance.

Police recently used a disperal order at the former Saxonside care home, in the Langley area of Middleton, as large groups of youths were descending on the site and vandalising the building.

Coun Burke added: "A number of offenders were identified, taken back to their parents and warned not to come back to the site or they would be dealt with accordingly by GMP.

"There have since been no issues but we need to make it quite clear to parents – they need to know where their children play, especially in the evening time."

And he told the Local Democracy Reporting Service that action could potentially involve evictions, although this would only be as a 'last resort'.

He added: "Hopefully with mediation between the housing association, parents and children we can nip it in the bud before it gets to that stage.

"At the end of the day we don't want to see people having tenancy agreements terminated but if someone is being a potential troublemaker and there's no way out but to do that, we will take appropriate action and request the housing group does the same."

A spokesman for RBH said: "It is a breach of our tenancy conditions for a tenant, their friends and relatives and any other person living at the property or visiting to engage in any nuisance and anti social behaviour and this could, ultimately, lead to a tenant being evicted.

"RBH will take action against those causing anti-social behaviour or nuisance, and we will provide help and support to anyone living in our neighbourhoods who is a victim of this behaviour."

Coun Donna Williams, chair of Middleton Township committee said councillors had a 'responsibility to help tackle crime and antisocial behaviour', which had become 'a huge concern' for residents.

She added: "That is why we will never shy away from exploring all options available to us. Middleton Township has community safety funds set aside and we recently discussed using some of these funds to provide drone training for GMP officers in Middleton to help tackle antisocial behaviour in the area."

Last year the Manchester Evening News reported that police had deployed a drone above Rochdale as part of an operation to target nuisance on the public transport network.

It was the first time an 'eye in the sky' had been used in Greater Manchester as part of a formal investigation.

Force bosses said the camera drone – which was able to capture stills and record footage – had been used only as a deterrent. But it is understood the trial was a success. 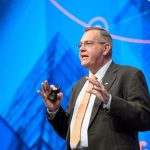