Terms of the transaction were undisclosed. Black Sage said in a release Thursday its customers include the U.S. military and other federal agencies; other aerospace-and-defense companies; and allies and partners in Europe, the Middle East and Asia.

Headquartered in Oklahoma City, Acorn Growth exclusively focuses on middle-market companies that operate in the aerospace, defense and intelligence markets. The firm has closed four investment funds since its first one in 2006, including the most recent fund completed last year for an undisclosed size.

Ross Wilkers is a senior staff writer for Washington Technology. He can be reached at rwilkers@washingtontechnology.com. Follow him on Twitter: @rosswilkers. Also find and connect with him on LinkedIn. 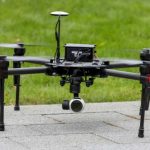