Accra – Agyei Douglas is a farmer who grows vegetables near Kumasi in Ghana's central Ashanti region. He used to struggle to access markets and capital.

The information he needed was broadcast on the radio but often it wasn't specific enough to improve his yield of lettuce, spring onions, cabbage and chilli pepper.

Two years ago, the 43-year-old began using Farmerline, which delivers weather updates, the latest market prices and other details to his second generation mobile phone.

"It has helped us improve on our productions through the information we get from them, it has made things easier for us as compared to our previous system," he told AFP.

The Ghanaian tech company behind Farmerline is one of a number of start-ups in the West African country working to bolster food security through better access to information.

The initiative was established in 2012 and has so far helped connect some 200 000 farmers in 10 countries using the mobile technology.

According to 2014 Ghana government figures, almost half of the working population are involved in agriculture, and just over half of Ghana's land is used for farming.

World Bank figures indicate some 80% of agricultural output came from smallholders on family-operated farms with average landholdings of less than two hectares.

A lack of more in-depth and accurate data have been seen as a stumbling block for Ghana's farmers, preventing them from better production or accessing financial loans.

Farmerline offers a range of services for both farmers and those who want to connect to them, including non-government organisations, global food companies and local businesses.

Businesses can access data and farm auditing services as well as farmer profiling, and farm mapping.

For farmers, there are also weather forecasts, market prices and agricultural tips all offered as voice messages in local languages such as the Akan dialect Twi.

A point of pride for Farmerline's chief executive and co-founder Alloysius Attah is its business model.

It puts people in direct touch with farmers, breaking the cycle of poverty and dependency on aid.

"The business of agriculture has always been about aid, a feel-good project," said Attah.

"But we are working really hard to show you can create a business around it that provides value to farmers and… you can get paid for those values you create."

The two other winners were an online legal services firm from Uganda, BarefootLaw, and Kytabu, which provides school reading content for students across Kenya.

The prize, announced on June 20 in Brussels, aims to highlight work in driving social change across the continent – and with funds attached, to help them advance.

Organisers say the prize is based on the idea that "entrepreneurship and local leadership, rather than traditional aid, is the key to sustainable change".

Attah isn't alone in his quest to use technology to make agriculture more sustainable and productive in Ghana.

The country's government says it wants to modernise agriculture, including mapping cocoa farms and collecting data on them.

In the private sector, agri-tech firm Ghalani, set up in late 2016, also has data-collection as a key focus, digitising any manual records farmers may have.

It also gives farmers access to software to keep better records, and make reports that could put them in a better position to get financing.

CowTribe uses mobile technology to connect livestock farmers in northern Ghana with vets, while the start-up Hovver uses drones to help farmers map out their land.

His next project is an app that helps connect banks to farmers in need of loans, and is able to use data to predict how much can be borrowed and when it will be paid back, without having to put up collateral. 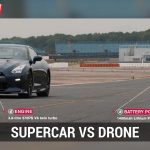