The Sozvezdie Concern, part of the Ruselectronics holding of Rostec State Corporation, has unveiled the Solaris-N, Russia’s first automatic radio-electronic complex to battle unmanned aerial vehicles, at the Interpolitex 2018 exhibition. This new technology provides protection from drones on an area of ​​up to 80 square kilometers.

The “smart” system protects territory from penetration by drone automatically, with no need for an operator. The reconnaissance equipment in the complex detects a flying object, analyzes its trajectory and the structure of its signal, and on that basis it independently determines whether it is a drone and makes a decision on further actions.

After identifying an object as an unmanned aerial vehicle, the complex begins to act on it with radio interference, blocking its channels for receiving and transmitting data and disabling its navigation and time support equipment. This causes the drone to lose orientation and fall.

“An automatic detection and suppression complex with elements of artificial intelligence is the best way to protect objects from unmanned aerial vehicles. It operates without human intervention, which nullifies the probability of operator error. There are currently no analogs of such complexes on the Russian civilian market. We are counting on high interest in this development from public and private organizations that need to ensure the protection of objects from unmanned aerial vehicles,” said Rostec executive director Oleg Yevtushenko.

The Solaris-N complex is being built on a modular principle, which makes it possible to optimize its composition for the specific requirements of the customer. The new system complements the Solaris line of electronic warfare devices developed by Sozvezdie. It includes the Solaris-Mini small-sized interference transmitter to suppress cellular communication on all ranges in enclosed spaces and the Solaris-Case portable transmitter to protect against radio detonation, along with the capability of targeted radio suppression of cellular communication channels of the GSM 900 and DCS 1800 standards.

Rostec is a Russian State Corporation that was established in 2007 to facilitate the development, production and export of high-tech industrial products designed for civilian and military applications. The Corporation comprises over 700 organizations that are currently part of eleven holding companies operating in the military-industrial complex and three holding companies working in civilian industry, as well as over 80 directly managed organizations. Rostec’s portfolio includes well-known brands such as AVTOVAZ, KAMAZ, Concern Kalashnikov, Russian Helicopters, UralVagonZavod, etc. Rostec companies are located in 60 constituent entities of the Russian Federation and supply products to the markets of more than 100 countries. In 2017 the consolidated revenue of Rostec reached 1 trillion 589 billion rubles, while the consolidated net income and EBITDA amounted to 121 and 305 billion rubles respectively. In 2017 the average salary in the Corporation was 46,800 rubles. According to Rostec’s strategy, the main objective of the Corporation is to ensure that Russia has a technological advantage in highly competitive global markets. Rostec’s key objectives include the introduction of a new techno-economic paradigm and digitalization of Russian economy.

Ruselectronics is a key actor of the radio-electronics market. The company was incorporated in early 2009 at the premises of the state-owned holding company bearing the same that had existed since 1997. A United Instrument Manufacturing Corporation was integrated into the holding company in 2017. The holding company is accountable for more than 50% of electronic components’ output in Russia, 8% of total output of the radio-electronic products, and provides more than 10% of jobs in the industry. The holding company is an umbrella for more than 130 enterprise and scientific organisations specialising in the development and manufacturing of radio-electronic components and technologies, communication devices and systems, automated control systems, robotic systems, SHF electronics, computing equipment and telecommunications equipment. Total workforce is above 70 thousand employees. The overall annual revenue of the holding company affiliates is above 150 billion rubles. Its products are supplied to more than 30 countries, including countries in Africa, Southeast and Central Asia, the Middle East and Latin America. 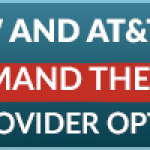