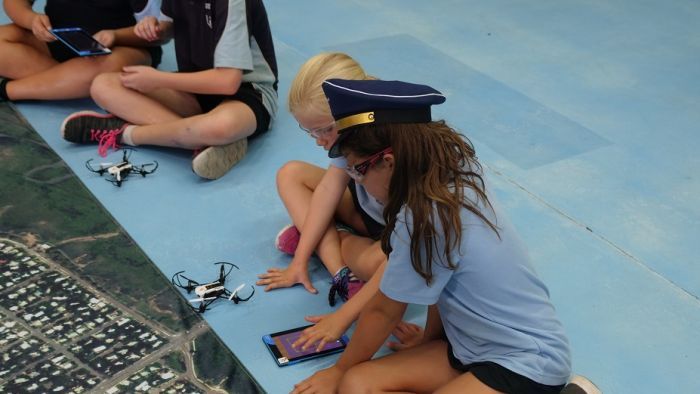 The Royal Flying Doctor Service (RFDS) has opened its Rockhampton hangar to school girls learning to become drone pilots for the day.

Science, technology, engineering and maths (STEM) specialists, She Maps, run drone workshops with school groups around Australia, but this is the first time they have teamed up with the RFDS.

Queensland Head of Clinical Governance, Trent Dean, said he hoped the new partnership would encourage more girls to pursue a future in aviation. 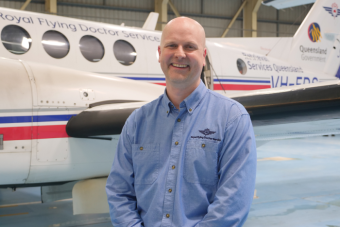 "Hopefully with the relationship with She Maps and more broadly with the drone world, RFDS will attract a new workforce going forward," he said.

"Having kids at this age, where they're the most impressionable, and having their own opportunity to demonstrate those skill sets is really unique.

"We're aiming to have a few clinic days where we go out to rural and remote areas, and that's where the kids will also have the opportunity in the far-west regions, to be involved in these sorts of activities as well."

She Maps education director Karen Joyce said the aim of the partnership was to diversify the science workforce by showing girls that there was more to science than men in lab coats.

"My long-term goal is, instead of people always visualising a scientist as being someone who works with a white lab coat and test tubes, that they actually think that science is a little bit more broad and more diverse than that," Dr Joyce said.

"Obviously that's not something you necessarily get out of a two-hour program, but at least to open your eyes to realise that drones, geospatial science, and this sort of technology, is a career path that they could pursue."

Dr Joyce said the RFDS would support the next generation of STEM workers.

"The RFDS is an organisation that is interested in diversity; they want to push it in their workforce," she said.

"They're also really interested in innovation and using drones and in this case for creating environmental maps.

"It's something that captures the next generation as they're coming through and hopefully they might even think of working for the RFDS at some point in the future."

"I hope they just see the opportunities that are available to them in the medical area and with the drones and what that means for their future, and how things will change and progress as they go along in life," she said.

"I think, for girls of this generation, there are so many opportunities out there for them and nothing is out of limits, and I think this just shows what is available for them."

Ms Overy said it was particularly important for regional kids to be given these types of opportunities.

"I think accessibility for people who live outside of the city areas is something that's limited," she said.

"Every opportunity we get, we want to show these kids that there's no disadvantage to living in beautiful places in the country." 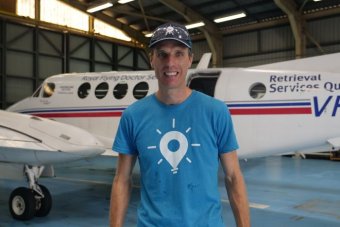 She Maps managing director Paul Mead said there was a strong demand in regional Australia.

"We've got a big demand in regional areas, but it's the travel to get to the regional areas that makes it not so financially viable," he said.

"I think that the regional areas get forgotten a lot.

"We decided to remove that transport [cost], so we're doing a road trip and we turn up and deliver our programs for the same price as what we deliver them for in Brisbane or Sydney or Melbourne.

"That really helps to give our regional students the same opportunities as what our metro students get."

Inequality in the STEM workforce

Dr Joyce said the RFDS was a diverse and innovative company, but there was more work to be done in the general STEM workforce.

"So really, really small numbers in terms of actually flying … from my particular discipline, it's about 20 per cent, so that's in geospatial, making maps, working with drones and satellites, that sort of thing. 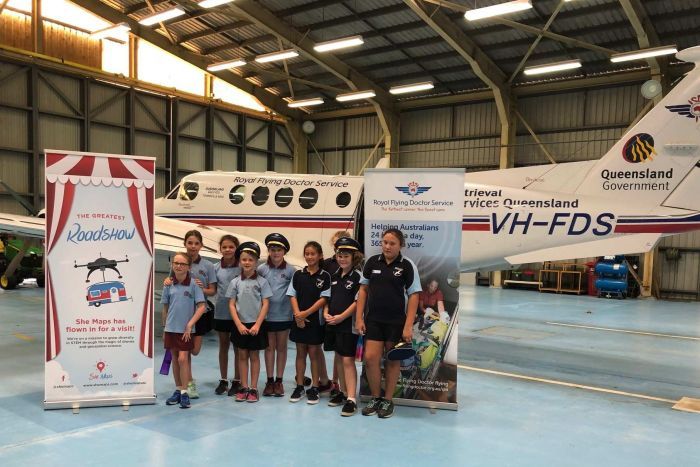 Young kids have a go

"I learnt how to fly drones and the rules for safety," she said.

"I felt scared, but also happy at the same time as well … I was happy that I did it."

"I was a bit nervous … I felt happy that I did it finally, because [at first] I never did it right," she said.

"I'd like to do it again, it would give me lots more experience."

How drones are helping girls get STEM jobsUncategorized 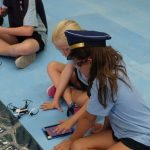