KOTA BELUD, July 13 — The Ministry of Agriculture and Agro-based Industry (MOA) wants to collaborate with China to introduce new technology here in efforts to improve rice yields in the country, says its minister Datuk Salahuddin Ayub.

He said the use of modern technology in the paddy sector in China has allowed the country to produce up to eight tonnes per hectare apart from storing enough rice supply for the use of its 1.4 billion people.

“During the Prime Minister Tun Dr Mahathir Mohamad’s visit to China with me and accompanied by MOA’s secretary-general Datuk Sallehuddin Hassan, we obtained interesting information on how China sustains its annual supply of rice and to keep it sufficient for its 1.4 billion population.

“Based on that, we heed to the prime minister’s call for Malaysia, particularly us at MOA, to collaborate with China to introduce new technology (that China used in rice sector) in the country,” he told reporters after handing over the key of rice harvesting machine to farmers in Kampung Merabau here, today.

Salahuddin said he planned to visit Hainan, China, as it was among the successful sites in the country’s rice sector as well as visiting several research institutions.

He said modern technology used in rice cultivation in China, to be introduced here, would cover the whole value chain in the sector including looking at the use of drones and Artificial Intelligence technology.

Such high technology was expected to be implemented by Kota Belud IADA towards increasing rice yields and further boosting farmers’ income, he said.

In another development, Salahuddin said the MOA to formulate a new policy in the fisheries sector to ensure better yields for fishermen, thus generating substantial returns to the group.

He said the new policy was also in line with the government’s efforts to safeguard marine resources, apart from carrying out enforcement against foreign fishermen who trespassed into the country’s territorial waters.

“The ministry is drafting this new policy and it is (expected) to be completed within three months,” he said. — Bernama

Drones ready to take off, but India yet to set rulesUncategorized 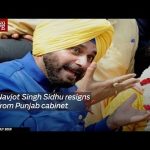 Muscat airport first in world to get drone detection systemUncategorized