Scotland Yard is appealing for sharp-eyed plane spotters to help police the skies around Heathrow after drone sightings caused chaos at Gatwick.

It comes just weeks after Gatwick Airport was brought to a standstill over Christmas after a device was repeatedly spotted near the airfield. Separate sightings also sparked problems for flights at Heathrow earlier this month.

Tens of thousands of people had their Christmas travel plans disrupted by the rogue drone over Gatwick, which has so far proved impossible to trace.

Flights only resumed after military hardware to disrupt drones was deployed, although these systems have now been withdrawn.

The Met said of the scheme: "Heathrow Airport Watch is a membership scheme for aviation enthusiasts run by the Met's Aviation Policing Unit.

"Its purpose is to help prevent crime and terrorism by asking its members to look out for anything out of the ordinary and to contact us if they see anything suspicious.

"The scheme works by providing members with a photo identity card and lanyard to wear, so they can be easily identified by police and security teams at the airport."

The Met said applicants would be charged £7.50 to cover a security check and the cost of producing and posting the identity card.

Successful applicants were also asked to familiarise themselves with the airport's bylaws.

The force emphasised that the scheme was not a paid role within the Met.

Following the disruption over the Christmas period, both Gatwick and Heathrow announced they would be investing millions in anti-drone technology.

In a statement on January 4, a spokesman for Heathrow said: "The safety of our passengers and colleagues remains our top priority.

"Working closely with relevant authorities including the Met Police, we are constantly looking at the best technologies that help remove the threat of drones."

The Israeli-developed Drone Dome system is believed to be among the technology used at Gatwick by the Army during its intervention in the incident.

The anti-drone equipment can detect and jam communications between a drone and its operator and was deployed on a roof of the airport. 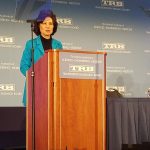 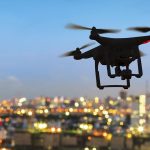