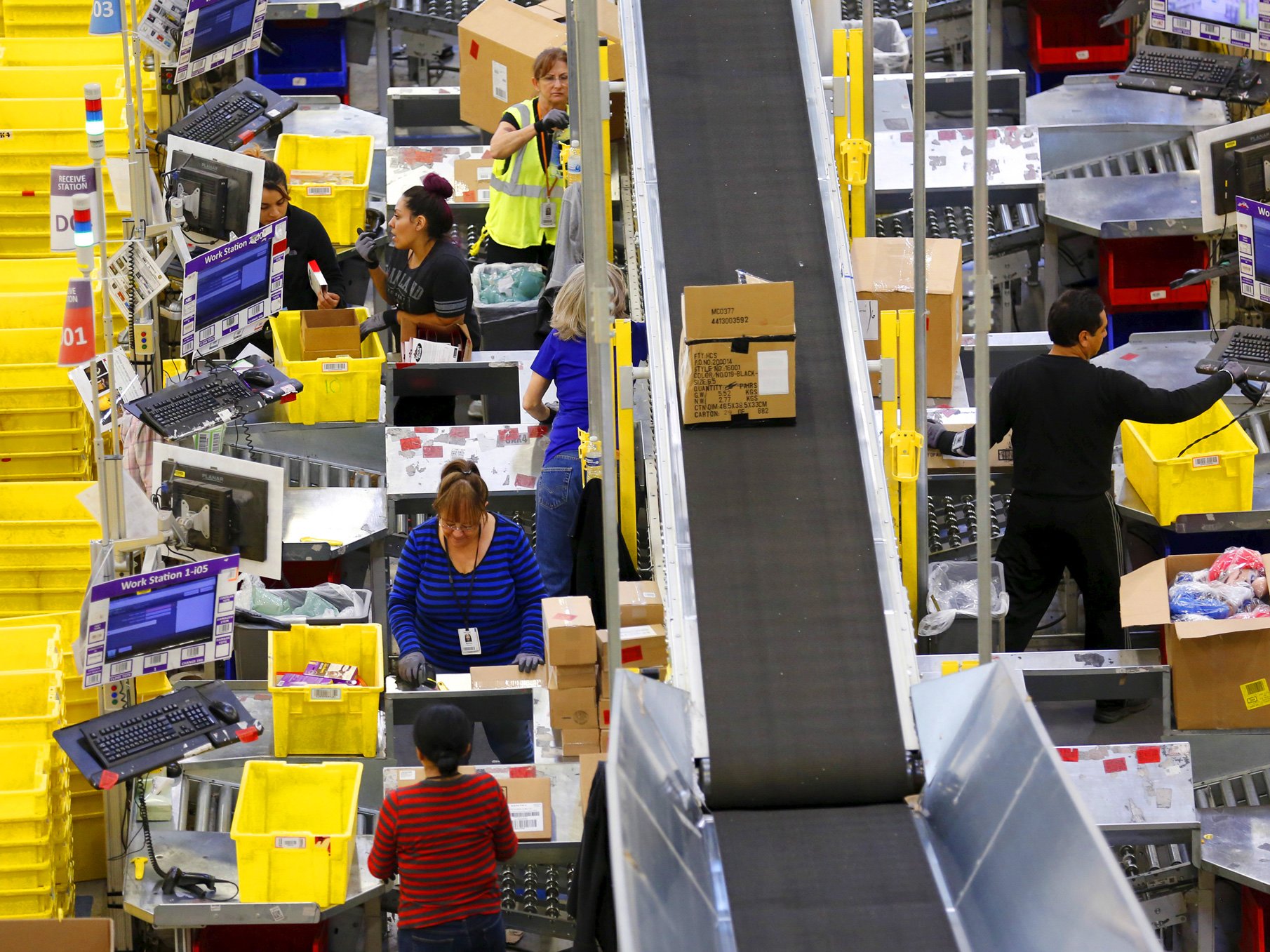 Uber and San Francisco-based startup Embark believe they can overhaul the future of freight with self-driving trucks. Starsky Robotics, another San Francisco startup, said they'll have driverless semis at the end of this year.

Amazon has several enterprising patents for drone delivery, including a drone that recognizes human gestures like a thumbs-up or arm waving.

Silicon Valley believes driverless trucks and drones will soon transform how we get things. But truckers and warehouse workers disagree.

Donald Broughton, the managing partner of transportation analysis firm Broughton Capital, said it's true that self-driving trucks won't be barreling down the highway in the next five years.

The technology is already there, Broughton told Business Insider. But the public and industry perception is the problem.

"Is it socially acceptable to put an 80,000-pound truck down the highway without a driver? That's the hurdle," Broughton told Business Insider. "It's not because of the technology, it's because of the public’s willingness to accept it."

"They will have no impact on our jobs," Allen Hostetler, who has been driving for 25 years, told Business Insider. "It will never work because of inclement weather conditions and traffic situations. Technology may be great, but human instinct and reactions will still dominate in split-second situations."

Chris Ducharme, another long-time truck driver, said there are too many things that require the dexterity and logical thinking that only humans have — hooking and unhooking the trucks, locating the needed trailers, and backing an 80-foot-long vehicle in and out of docks.

"One of the things I've always said about GPS is it will bring you right to the front door, the problem being with trucks you need to go to the back door," Ducharme told Business Insider.

Industry leaders like FreightWaves CEO Craig Fuller agree. "We're not at a place where the technology is proven," he told Business Insider. 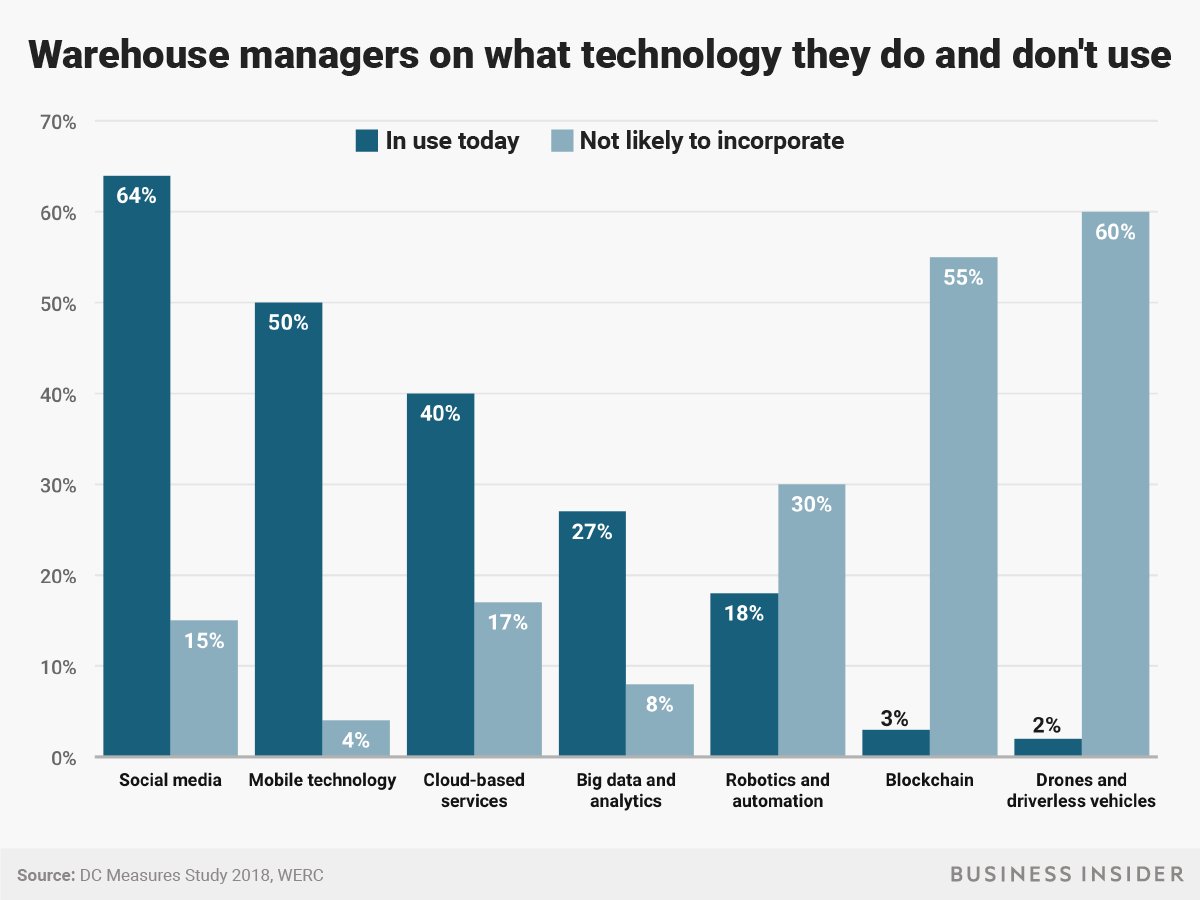 According to a recent survey of 549 warehouse managers, directors, and vice presidents by the Warehousing Education and Research Council (WERC), the majority of warehouse executives aren't planning on implementing robotics, blockchain, or other emerging technologies. Of the companies surveyed, 70% were worth $100 million or greater.

A $148.7 billion industry, warehouses are the last stop for nearly all of what we consume before they reach our homes or stores — and they hold much of the raw materials or parts for items before they are manufactured.

Though they do not ship these goods, warehouses must adapt to the technology that trucks use. Some technology leaders are confident that trucks will start to become driverless in as early as the next decade, wiping out around 1.8 million jobs. Broughton told Business Insider that in ten years, it's possible we'll see self-driving trucks on the road — and in 20 years, it's certain.

WERC's report advised warehouses to consider how they'll work alongside other supply chain companies that have begun to implement these technologies.

But many of the facilities surveyed said they don't use or don't plan to use certain technologies. Only 1.6% of leaders said they use drones or driverless vehicles in their facilities, while 60% say they're not likely to ever incorporate them. 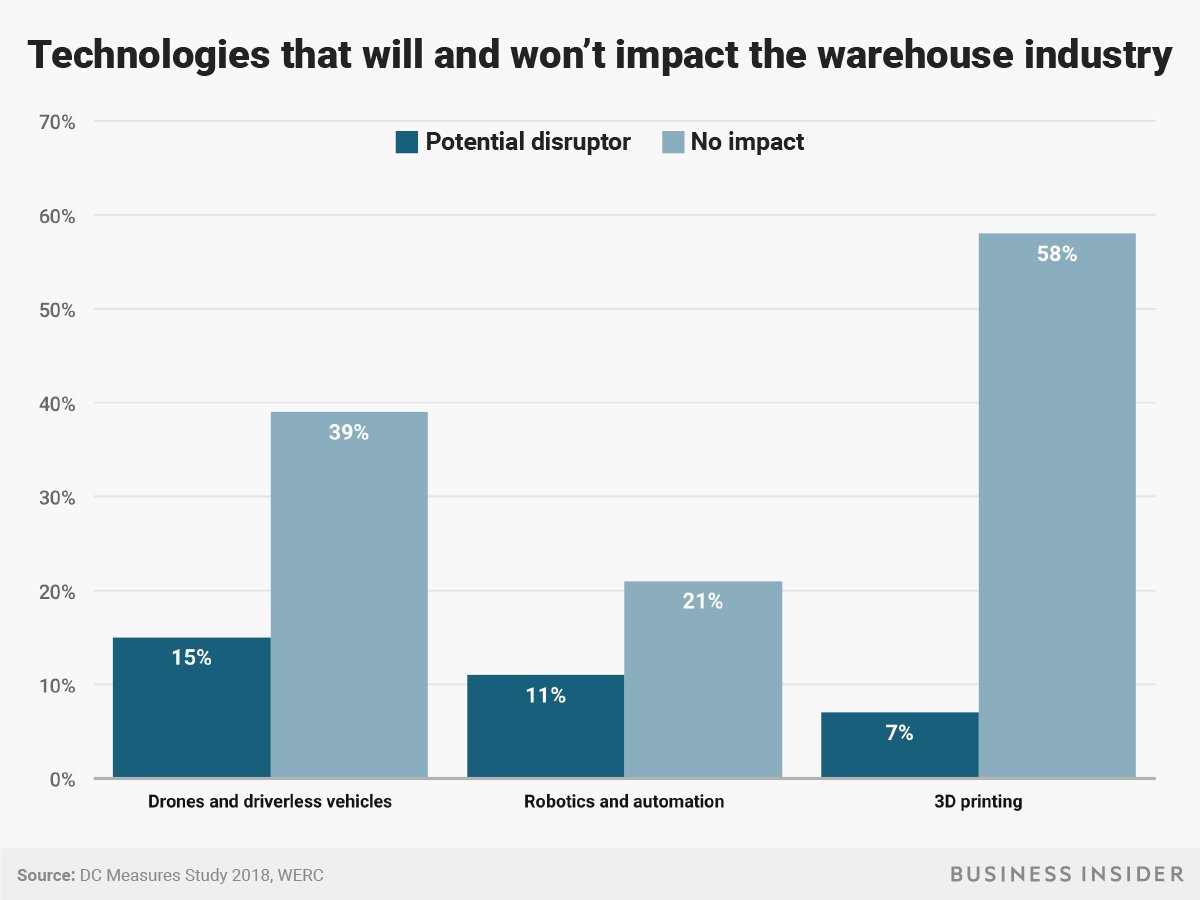 Daimler, Walmart, and other firms have already begun testing or using drone technology to locate goods within their warehouses.

Among truckers and warehouse company leaders, though, there's an impression that these technologies won't impact warehousing. Only 15% of survey respondents said driverless trucks or drones could be a "potential disrupter."

Join the conversation about this story »

NOW WATCH: Airports are dealing with massive lines during the government shutdown as TSA employees are working without pay

SEE ALSO: A safety law that truckers hate is driving up prices for consumers on everything from groceries to Amazon Prime. Here’s what you need to know about it. 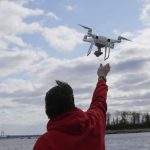