Yet its humble home conceals its burgeoning ambitions. It is looking to offer makers of autonomous vehicles high definition maps which are more accurate than those from the industry bigwigs, according to founder Gerry Ong.

“Our technology can serve as a fundamental base to support key Smart Nation projects developing high-definition maps used specifically for autonomous vehicles,” he said during a recent interview with Channel NewsAsia.

“We are also working on maps with centimetre-level accuracy that can refresh at a much shorter interval than any other available sources today, and with the aim of doing so in real time. This will be vital for safety when deploying self-driving cars.”

This level of accuracy is higher than that seen in maps by other map developers like Google and Here Technologies, he added.

It became apparent over the course of an hour-long conversation that this was not the idle boast of another aspiring start-up looking to make its mark in the competitive tech sector.

GPS Lands has its roots in the more traditional industry of land surveying.

Founder Gerry is a registered surveyor with years of experience both at a conventional land surveying and engineering services company as well as a tech provider offering hardware and software to the building, engineering and construction sectors.

In 1999, he decided to strike out on his own, pioneering the use of global positioning system (GPS) in Singapore and developing modern, satellite-based methods of mapping which are less labour-intensive and time-consuming than more traditional methods like land surveying. But convincing both private and public sector organisations to give the technology a try was a hard slog, Gerry recounted.

He cited several reasons: The high costs of the GPS technology (“a pair of the GPS unit costs about S$100,000, about 10 times that of more traditional tools”), mistrust over the “new kid on the block” and the lack of understanding of the benefits that can be reaped from these modern tools and technology among his prospective clients.

“In those days, we were just going around doing lots of education roadshows with government agencies and companies,” Gerry said.

Besides struggling to convince people to get on board the new GPS-based technology, the 49-year-old had other pressures to face: He had borrowed a “six-figure sum” from friends and family to start the business.

“I also just welcomed my second child to the family when the business started, and my first was just two,” Gerry said. “It was a challenging time.”

But GPS Lands stuck to its guns, firm in the belief that the technology it has invested in was the way to go.

That validation or “turning point” came in 2002, Gerry recalled.

This had to do with the piecemeal nature of Singapore maps then; these maps were put together using data collected via traditional land surveying methods and were inaccurate. This resulted in maps of adjacent areas not lining up, which could in turn result in poorly planned or built buildings, he said.

Gerry said GPS technology removes this inaccuracy as data for the maps are collected digitally allowing for more precise maps to be drawn.

This global navigation satellite system (GNSS) reference network is “used for the purpose of high precision and accuracy positioning, navigation and monitoring”, and supports various satellite tracking systems like US’ GPS, Europe’s Galileo and China’s Beidou, according to SLA’s website.

“This project announced to the world that GPS Lands is no longer just a hardware company but a systems integrator (SI) too,” the founder said.

Today, GPS Lands continues to provide the technology and maintenance for SiReNT, said Gerry. This puts the company in a good position to play a greater role in Singapore’s Smart Nation ambitions, especially in developing mapping-related applications and services, given that it has such intimate know-how and expertise of the underlying infrastructure, he explained.

READ: What next for smart nation Singapore? Getting citizens and SMEs to embrace digital

But just as Gerry was getting comfortable with the company's relative success, a conversation with a friend jolted him out of his complacency.

He recalled being asked: “If someone threw a lot of money and manpower into replicating what you have, will they succeed?”

As much as Gerry hated to admit it, he knew that anyone with the resources could replicate what GPS Lands could do. “This realisation forced me to look at how to better innovate and position my company,” he said.

He decided that front-end applications of its technology, such as high-definition maps for AVs and drone delivery systems, would be the growth engines for the business. Ride-hailing platform operators like Grab and Go-Jek, for example, would need such maps if they hope to turn their ambition of deploying self-driving vehicles on the roads – and safely – into a reality.

This is also why these companies, as well as traditional car-makers, are actively building up internal capabilities or acquiring mapmakers. Audi, BMW and Daimler-Benz, for example, had spent US$2.7 billion to buy Here from Nokia in 2015, before Intel and Bosch made further investments in the company.

Alphabet, too, has been reported to have a two-pronged approach to developing maps: A team inside Google is working on a 3D-mapping project it may license to car-makers, while its AV unit Waymo is separately developing high-definition maps for its own use, a 2018 report by Fortune said.

To position GPS Lands to ride this wave, Gerry shared that the company invested a “seven-digit figure” to acquire light detection and ranging (LiDAR) and imaging systems as well as send four of its employees to Europe to train with the manufacturer.

It is also building up its artificial intelligence and machine learning capabilities internally, he shared.

“We want to do our bit to raise local core competency in this 3D mapping industry,” Gerry explained.

The work it is doing has not gone unnoticed. Last March, then-Minister for Communications and Information Yaacob Ibrahim visited the company to find out how it contributed to the Virtual Singapore project.

Virtual Singapore is envisioned to be a dynamic 3D city model and collaborative platform for use by the public, private, people and research sectors in areas such as urban planning and research and development.

It could be a few more years before we know whether Gerry’s bet will pay off, but for now, it looks like the local mapping company is poised to navigate its way to international prominence. 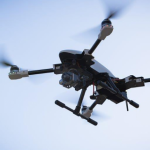