Staying relevant and beyond: Businesses must embrace cutting-edge technology

Pizza-delivering drones, driverless and flying cars, insect protein and free super-speedy WiFi is the future that businesses should be preparing themselves for.

This is what delegates at the Daily Dispatch Strategic Business Summit heard at the Venue @Hemingways on Thursday.

“Are we future ready?” asked the summit’s master of ceremonies Justice Malala.

Sanei had guests gasping when he spelt out the stark reality that businesses which failed to shift from traditional models of operating, would become unsustainable.

He said meteoric technological advances meant that “technology will look after us rather than the government”.

Sanei explained that free and fast WiFi was becoming a global reality, and, with the advent of cheap smartphones, connectivity to the internet would become “the biggest market ever known to man”.

Thanks to self-driving cars and “access ownership” rent vehicles, there will be a demise in car ownership and combustion engines, while drones will deliver products and help farmers pollinate crops.

Clean energy is cheaper and the solar industry will provide thousands of jobs.

Ettmayr said the ELIDZ was responding to these changes at its science and technology park and said it was important for businesses to invest in research and development to stay relevant.

In a world previously confined to fantastical sci-fi movies, meat will be constructed in labs, insects will become the main future source of protein, renewables will replace fossil fuels and it will become unnecessary to own vehicles.

This posed the question of what would happen to the future of traditional sectors such as car insurance, automotive industry and traditional agriculture, Ettmayr asked.

“At the ELIDZ we are seeing cutting-edge technology. For instance, we have a company that takes plastic waste and converts it into waxes and oils and is the first of its kind in the world.”

He said businesses had to ask themselves how to avoid becoming “The Incredible Hulk”.

This included understanding that they needed to remain relevant despite there being less money due to increased overheads such as water and electricity.

They should also understand that technology would replace jobs, that new generations demanded different products and that it was vital to create a climate where they hold onto bright and innovative employees.

“We let bright people go overseas and then we are buying back their innovations.” — barbarah@dispatch.co.za 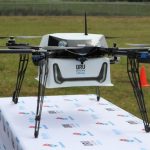