Stuck in trade war, tech firms pitch the promise of innovation at Davos

By continuing to use this site you consent to the use of cookies on your device as described in our Cookie Policy unless you have disabled them. You can change your Cookie Settings at any time but parts of our site will not function correctly without them.

Global leaders and technology chieftains agreed on the need for stricter government oversight, after a year that featured privacy scandals at Facebook Inc. and a broad reckoning of the tech industry 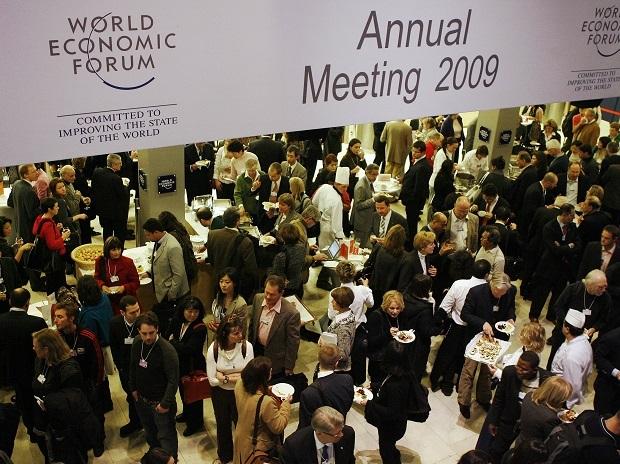 Tech companies are back pitching the promise of innovation, but this time, stuck in the middle of a trade war, they’re welcoming government oversight.

This was the broad consensus at the World Economic Forum in Davos, Switzerland, which was devoted this year to the theme of Globalization 4.0, an emerging world economy that’s increasingly based on the transfer of data instead of physical goods.

Global leaders and technology chieftains agreed on the need for stricter government oversight, after a year that featured privacy scandals at Facebook Inc. and a broad reckoning of the tech industry. German Chancellor Angela Merkel called for global rules on data security. Japanese Prime Minister Shinzo Abe said in a speech that his country would aim to propose a system for oversight of private data use at the Group of 20 Nations meeting in June.

Every company “must adhere to the core principle of data as a human right and privacy as a human right,” echoed Microsoft Corp. CEO Satya Nadella, in a conversation Thursday morning with Klaus Schwab, founder and chairman of the World Economic Forum.

Nadella said GDPR, the European data privacy rules that went into effect last year, are a good start. “We all want to converge on a global standard.”

This year’s tone differs from 12 months ago, where titans such as George Soros accused Facebook and Google of being monopolies that foster addiction. Tim Cook, CEO of Apple Inc., showed up at Davos for the first time, mixing with politicians, in the middle of a slowdown for iPhones.

Added to the talk of more regulation is an undercurrent of anxiety over bilateral trade tensions and the potential impact on the global economy. Apple’s supply chain is particularly at risk.

“Chinese tech is being shunned by America and increasingly you can’t buy American tech in China,” Nandan Nilekani, founder of Indian IT and consulting giant Infosys Ltd., said in an interview. “Many people are concerned that the internet is splintering into many pieces.”

The technology industry once enjoyed the luxury of a globalized supply chain, manufacturing components in regions with the lowest costs, then seamlessly integrating them into finished products. Now the specter of protectionism threatens to make that model uneconomical. Companies like Hon Hai Precision Industry Co., manufacturer of the iPhone, are looking beyond China to countries like India to reduce the risks that come with the concentration of production in a single country.

The World Economic Forum is typically a venue to raise questions, not answer them. It’s also a place for tech leaders – with their vast fortunes — to signal how they can help construct a brighter future. Salesforce.com Inc. co-CEO Marc Benioff talked about the responsibility of companies to give back to their communities and, at an event sponsored by Bloomberg, about the precarious state of the planet’soceans. Bill Gates discussed global health. Jack Ma, the retiring chairman of Alibaba Group Holding Ltd., warned (again) that the misuses of advanced technologies like artificial intelligence could lead to military conflict.

There were several technology-themed subjects that inspired hope among the Davos elite. The newest generation of wireless networking technology, dubbed “5G”, promises to reinvigorate the tech sector and fulfill longstanding promises of an “internet of things,” where even rudimentary devices are connected to the internet. At a Bloomberg lunch devoted to the topic, executives from Ericsson AB, Swisscom AG, Microsoft and Qualcomm Inc. described wireless connectivity that will be ten times faster than today’s networks and enable a wave of connected devices like home appliances, portable video gaming consoles and autonomous cars that communicate with each other.

The optimism wasn’t just confined to the ground. In a breakfast conversation Wednesday devoted to the future of transportation, the chief executives of Uber Technologies Inc., Boeing Co. and United Parcel Service Inc. also waxed fervently about coming technologies like drones and air taxis. “We think about a future in which you will have three-dimensional highways to relieve traffic congestion,” said Boeing CEO Dennis Muilenburg, who showed off a photograph of Boeing’s new flying car prototype. Regulators were not on-hand to temper the enthusiasm. Elaine Chao, the U.S. Secretary of Transportation, was part of the delegation that never left Washington, D.C. amid the government shutdown.

But overall, this kind of feverish futurism was overshadowed at Davos by hand-wringing over tech and its impact. “We’ve seen an erosion of trust among citizens that they will be beneficiaries of digital technology,” said Eileen Donahoe, executive director of the Global Digital Policy Incubator, in a Tuesday panel discussion entitled “Strategic Outlook on the Digital Economy.” There’s been “an erosion of confidence among governments, especially democratically elected, that they can fulfill a promise to simultaneously protect liberty and human rights, national security and protect the democratic process.”

Donahoe then noted that the term “techlash” entered the lexicon in 2018—when it was shortlisted as an Oxford English dictionary word of the year.

Amazon Is Pushing Facial Technology That a Study Says Could Be BiasedUncategorized
Trump Touts ‘Smart Wall, Drones’ in Announcement to Reopen Government Without Wall FundingUncategorized