SACRAMENTO (CBS13) — It’s going to be a disappointing weekend for drone fans at the California State Fair.

For the second weekend in a row, a first-of-its-kind drone show was canceled. As people walked into Cal Expo Friday at the fair, they immediately saw a sign warning there would not be a drone show.

In past years the fair has ended its Friday and Saturday nights with a firework show, but this year they chose to try something different.

It’s an aerial show using 80 colorfully lit drones flying high over the fairgrounds in choreographed formations. The custom-designed performance with music and narration was supposed to tell the story of California.

But now for the second weekend in a row, the drone shows were canceled. So what went wrong?

Mohr said the new technology had some glitches.

Cal Expo hired the Great Lakes Drone Company to run the show. They say a software malfunction is causing controllers to lose communication with the drones, which could make them unexpectedly fall from the sky.

CEO Matt Quinn said, “If I can’t guarantee things are going to work 100%, we’re not going to do it. It’s a horrible situation to be in, but it’s the right thing to do.”

Some state fair fans are disappointed they won’t see the drone, but the cancelation was actually a relief for others who prefer the traditional fireworks show which was brought back.

It was a state fair effort to try out new technology — not yet ready for takeoff.

The company’s drone shows have been canceled across the country until they can get replacement parts from overseas.

Cal Expo would not release the cost of the drone show, or how much the replacement fireworks cost. 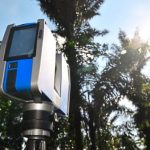